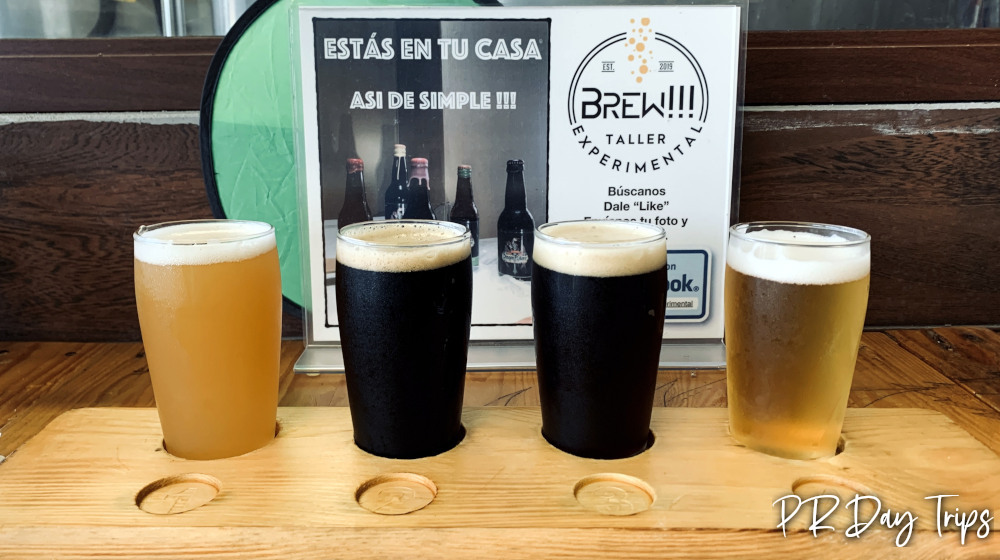 Posted by Gwenn • Updated on 23 Jan 2022
Category: Food & Lodging, Porta Antillas (East)
Print This Without Photos
+ Print This With Photos

Small breweries producing craft beers is the rage everywhere, and Puerto Rico is no exception. We have our own growing, locally-crafted beer scene. There are a few larger craft breweries on the island, but there are also a number of micro-breweries really making some good beer. Dragon Stone Abbey Brewery is making its mark in Belgian-inspired ales. Their micro-brewery and taproom (called Brew!!! Taller Experimental) is located right in my home town of Río Grande! It is a great place to grab a great beer after the beach or hike in the rainforest! 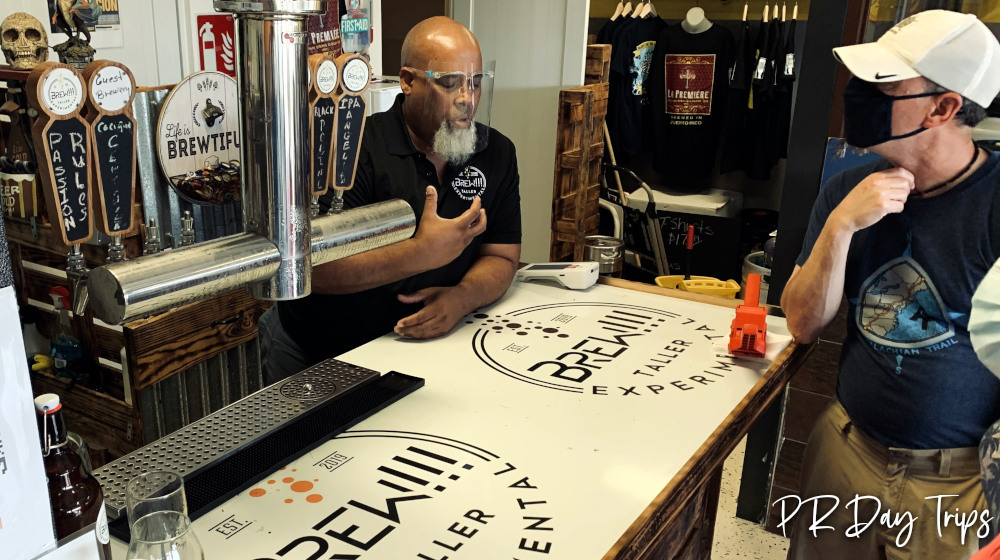 The owner and artisanal brewer, José Ortíz, started out making his beer (Dragon Stone Abbey) using equipment at the FOK Brewery in Caguas. He still uses their large equipment to produce larger batches of his best-selling varieties. But he also has his own equipment set-up in Río Grande. He really qualifies as a micro brewery — it is a small location, but it obviously works well! 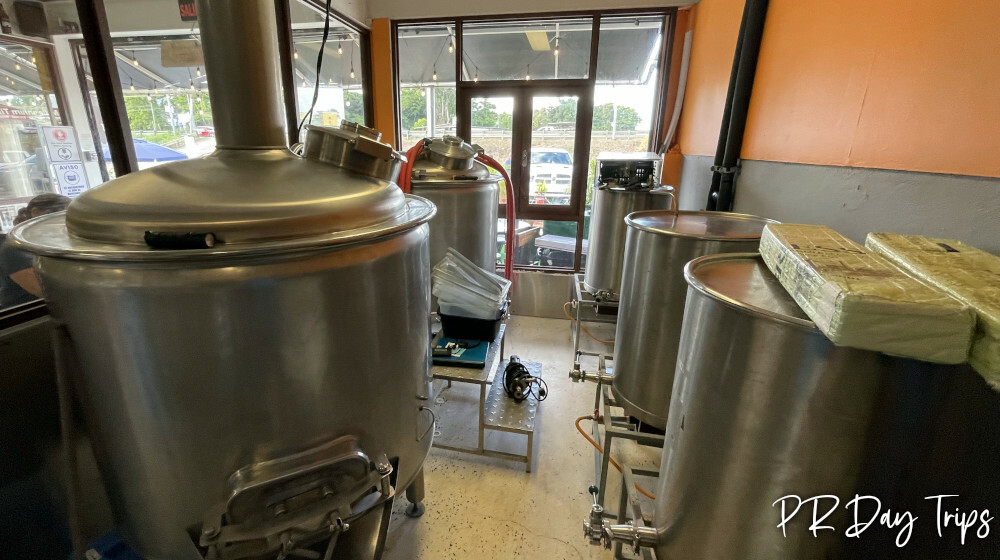 This is his workshop, where he makes his experimental brews (thus the name – taller means workshop in Spanish). José enjoys experimenting with his yeast blends, and using locally grown and produced items – like fruits, honey, herbs and seasonings – in his beers. He makes quite a few different varieties of beer, and says they are “Puerto Rican beer in the Belgium tradition”. We stopped in the other day to try what he had on tap. 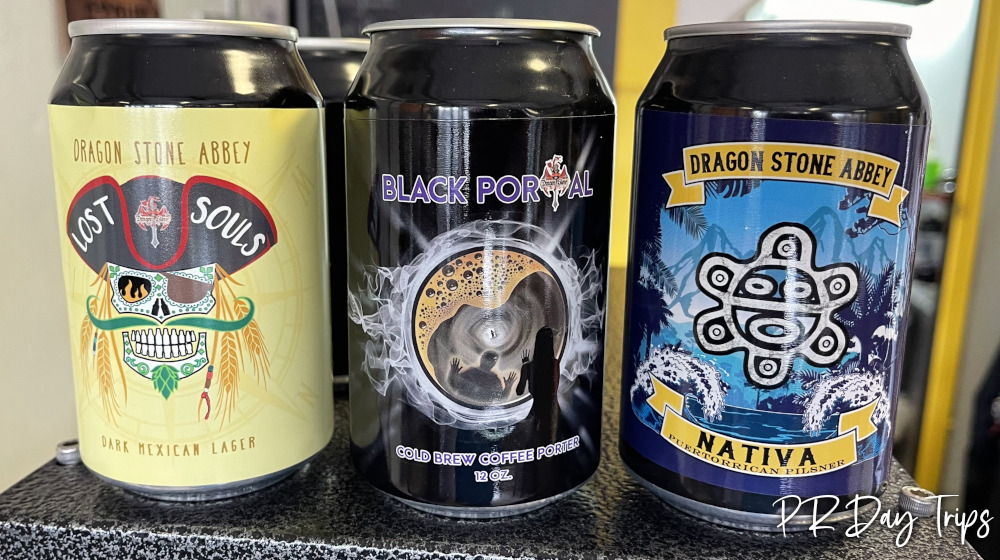 We got a flight of 4 samples and a glass of the sour beer. We had Angelika IPA, Bonne Sante Begium Pale Ale Single, Black Portal Coffee Porter (with cacao), Lost Souls Mexican Larger, and a Ghost Sour (with passionfruit). All solid beers! José is also the bartender, so he is available to chat and explain the types of beer available. In addition to what is on tap, he has a number of his other varieties of beer available for purchase in cans/bottles. He says he changes what is on tap every few weeks, so there is a reason to stop in often! 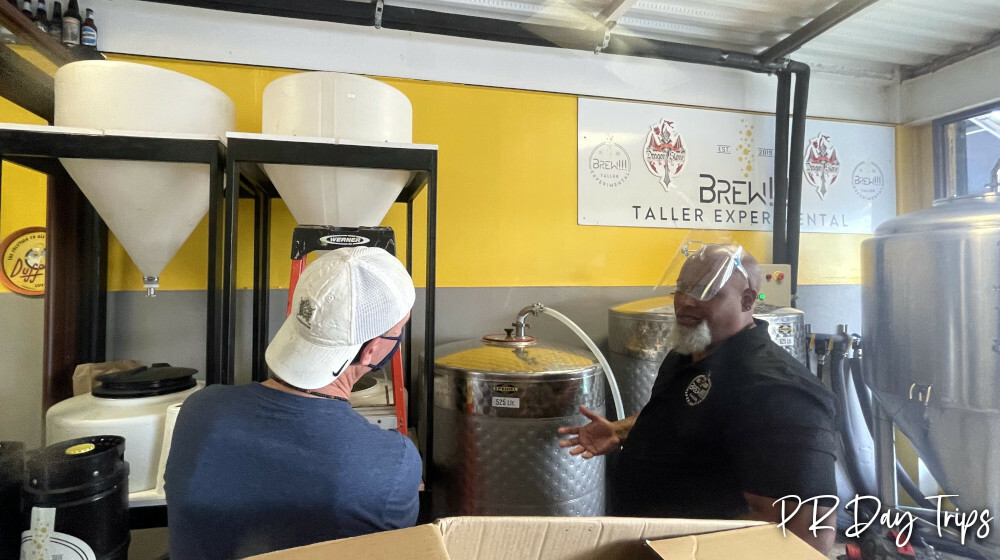 While we were there, he gave us a quick tour of the beer-making facility and process. You could tell he really enjoys what he does! The taproom is a very laid back — just a few tables and chairs outside, with bar seating and a little table inside. The whole place is essentially open-air. He doesn’t serve food, but there are restaurants on both sides of him, so it is possible to get a meal to enjoy with your beer. 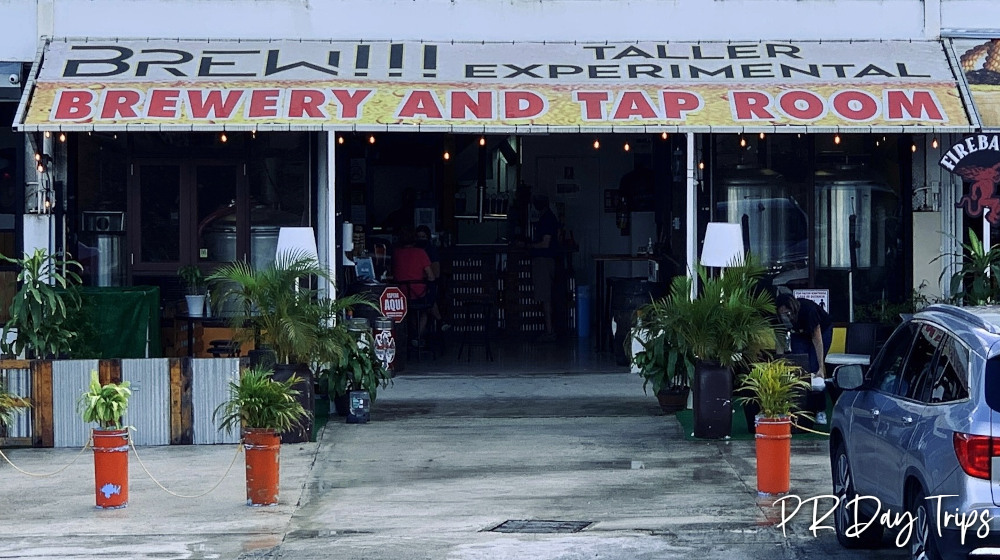 If you are unable get to Río Grande, you can look for the Dragon Stone Abbey Brewery label at the some of the beer boutiques or specialty bars around the island (such as Taberna Lupulo, Beer Box, Dylans Biergarten, 100 x 35 Boricua, Cervecera del Callejon) and some restaurants. Ask for it and support our local small businesses!

You can visit their Facebook page for more information.

They are located on Route 3 (eastbound) at KM 26.2 in Río Grande, just a little bit east of the bit Route 66 entrance ramp.