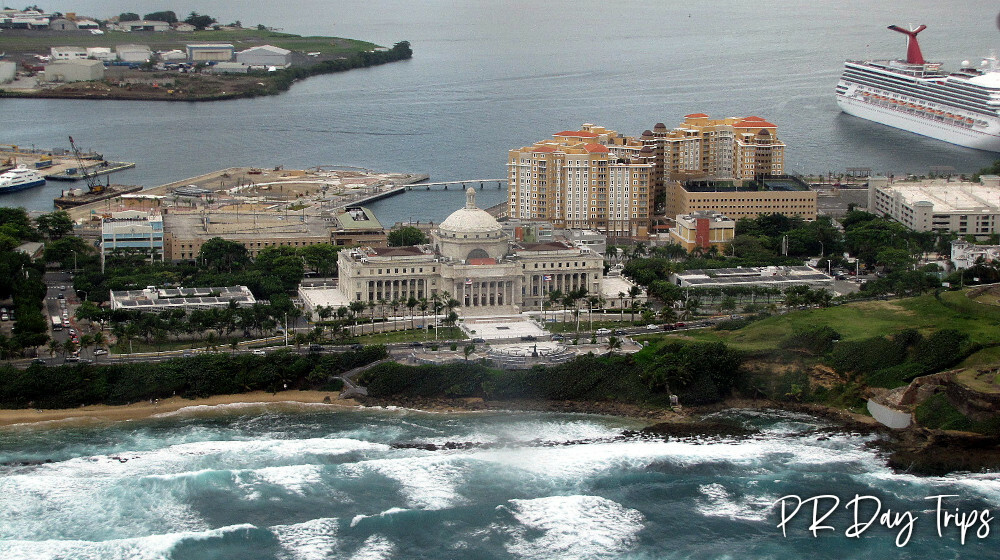 Things to See in the Capital District of Old San Juan

Due to COVID-19, At this time, the Capitol building is closed to the public and no tours are being offered. But you can still walk around outside.

I am always surprised at the new things we find to do in Old San Juan. We recently decided to take some family to see the Capitol building and, afterwards, we went walking around the area and found a bunch of parks, plazas and memorials dedicated to a vast array of things. We also noted that access to the beach at the back of the Capitol building has been improved.

We spent a couple hours just walking around, taking pictures, and enjoying the day. I think anyone who visits the area will be impressed by what you can find there. 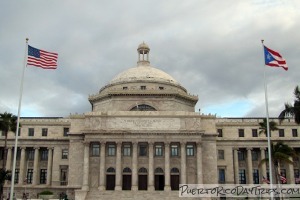 To start off, the Capitol building (El Capitolio de Puerto Rico) is right at the end of the Puerta de Tierra sector of Old San Juan, just before you get to the old section. To get there, you can walk east from Fort San Cristobal on Muñoz Rivera Avenue (along the waterfront). You can also take the trolley and get off at Stop 18a. It is a short walk from the Old San Juan cruise ship piers and parking decks.

You can’t miss the Capitol building. It is a huge white marble building with a large dome, just across the street from the ocean. 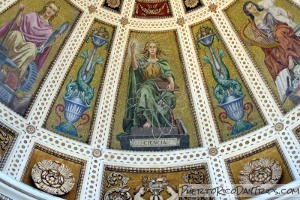 We started our day by going into the Capitol building, through the entrance that faces the Atlantic Ocean. There is always a guard at this door, but you are welcome to go in and look around.

The building is open to the public during the weekdays only. We visited the first floor and it is great!

The dome is magnificent, with mosaics depicting important events in Puerto Rico’s history — like the arrival of Columbus, Spain’s first encounters with the Tainos, the freeing of the slaves, and the end of the Spanish American war. Beneath the dome, in the rotunda, the Puerto Rico Constitution is on display. 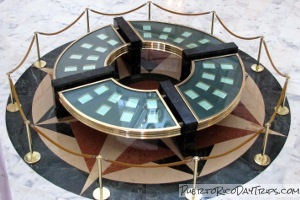 Inaugurated in February of 1929, the Capitol remains a beautiful symbol of liberty and democracy that should make Puerto Ricans proud. It is listed on the US National Register of Historic Places.

This really should be a must see stop for locals and tourists alike. You can call or email ahead of time to schedule a guided tour. Or you can just show up the people at the desk will probably tell you a little about the building, how it was made, where all that marble came from, and the significance of the scenes depicted on the dome.

Beyond the Capitol Building 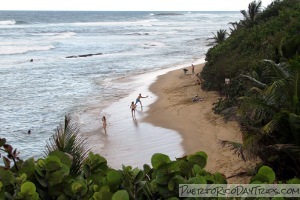 San Juan Bautista Plaza is on the north side of the Capitol building, overlooking the Atlantic Ocean. It contains a couple nice sculptures and mosaics of the Coats of Arms of each of the towns (municipios) Puerto Rico. There is a set of stairs that leads down from the Plaza to Playa Capitolio or Playa Bajamar.

There are a number of beautiful plazas and memorials on the south side of the Capitol building, along Constitution Avenue (Route 25).

Paseo de los Presidentes (Presidents’ Lane) is just across the street from the Capitol building. Here, you can find life-size bronze sculptures of all the US presidents who have visited (or even stepped foot in) Puerto Rico. 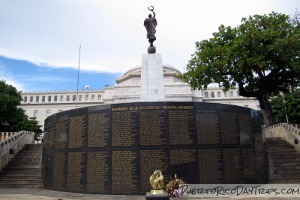 There is plaza that has bronze busts of past Puerto Rican governors. There is the Altar de la Patria, which has a nice bronze statue and a relief mural depicting Puerto Rican history/culture. There is a playground with a garden and even a beautiful Jibaro on horseback sculpture, with the Lamento Borincano song written out (in Spanish). These plazas and memorials went on and on, one plaza after another. Some, like the Plaza de los Leones, are still under construction. 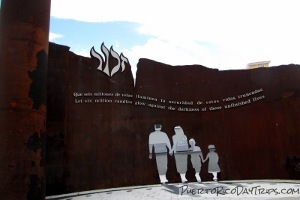 The most moving monument is the Holocaust Memorial. Besides the beautiful sculpture, all around it are bilingual historical accounts of the atrocities committed during World War II. The photos and information are moving beyond words.

There is also a placard commemorating the 17 Puerto Rican tourists that died in the Lod Airport massacre in Israel in 1972. There is the Path of the Righteous — a walkway with names of people who have risked their lives to help others (many by hiding Jewish people during World War II). This site may be a bit sobering while on vacation, but it offers a reminder that people need every so often to accept others despite our differences. 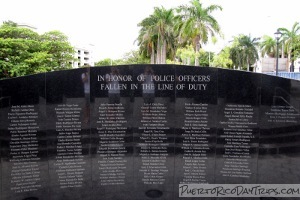 The plazas and memorials are outside, so no admission, "hours", nor tours. Just walk around on your own and look at stuff.