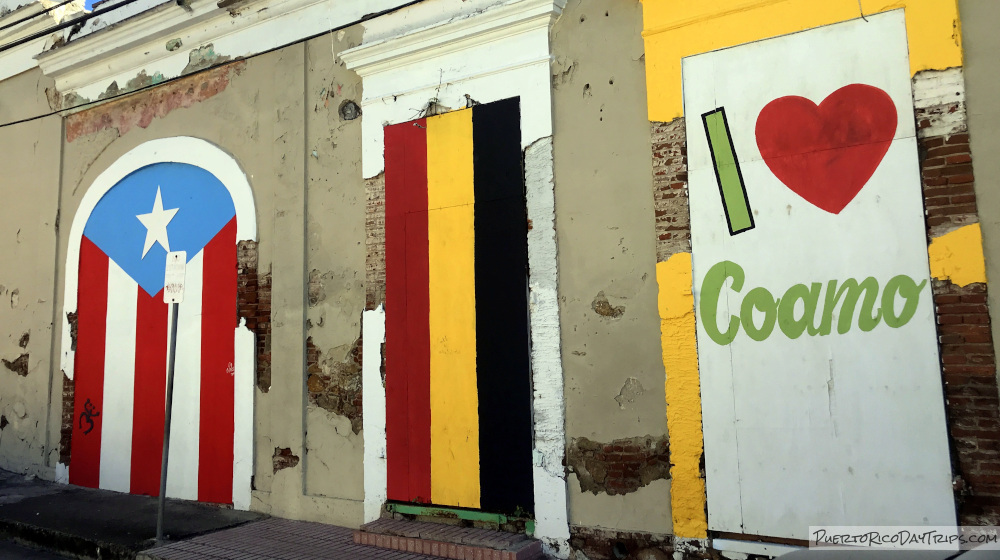 Exploring the Town of Coamo – Part 2

Posted by Gwenn • Updated on 02 Nov 2021
Category: History, Nature, Porta Caribe (South)
Print This Without Photos
+ Print This With Photos

While you are visiting Coamo, seeing all the cool stuff near the center of town, there are some other interesting places on the outskirts of town. We went every which way all over this town to check stuff out, and found some beautiful things. There is a lot of history in this area.

Some More Sights to See

At the end of the previous article about Coamo, we were at the Mirador Cerro Pico. We loved the views, and the waterfall in the distance caught our eye. So that will be our first stop on this part of our journey. 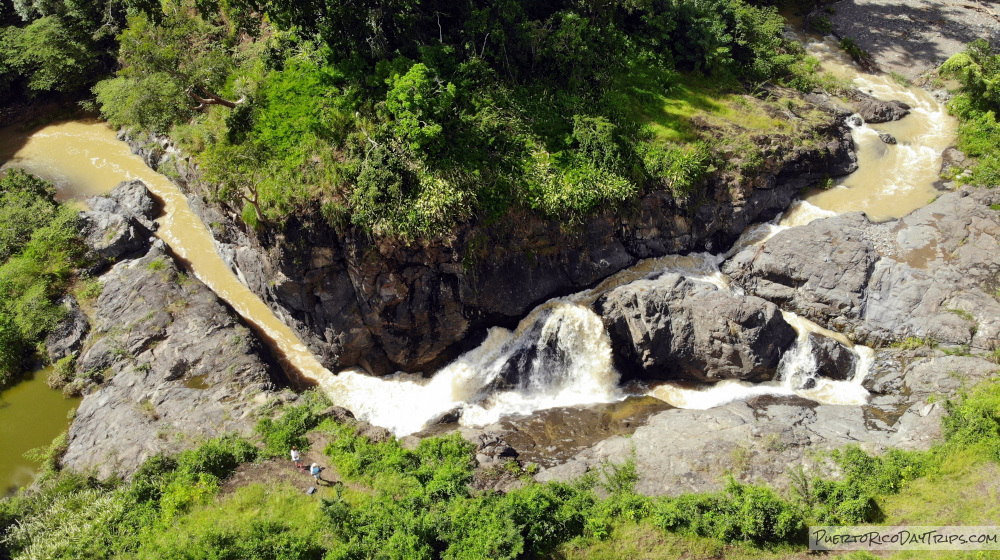 Called Canon el Salto, this waterfall flows into a small canyon. Located off of Road 556 (get down from peak on Road 955), just after the walled community, there is a dirt road. Take it to the end, and park (do not block road or driveway). To the left of the house, you can walk down the dirt road that continues a few more yards to the waterfall and edge of the canyon.

I have seen people entering and swimming here, though I have heard that the water is not very “clean” (as there are towns upriver that may dump into there) — so I don’t recommend going into the river. We went on a day after it rained, and it obviously would not be safe to go in. But it was pretty and easy to see.

From there I am going to let you decide what you want to see. Route 14 was (and still is) the main road for Coamo, so many historic things will be along this road. In fact, Route 14 is listed on the national registry as Carretera Central. The road system was originally built between 1846 to 1886 by the Spanish government to connect San Juan with Ponce. 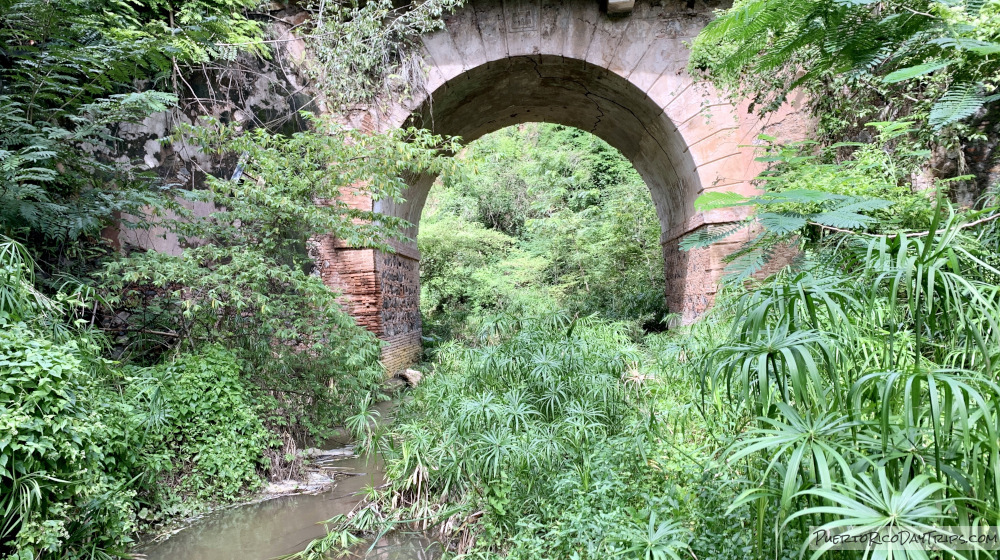 Located on Route 14, the Puente Rio las Minas bridge (aka Puente #173 or General Méndez Vigo Bridge) was built in 1862 as part of Puerto Rico’s Carretera Central to provide access across Las Minas River to get into Coamo. In 1898, during the Spanish/American War, the US invaded Puerto Rico, and the Spanish Army destroyed the bridge to slow the US Army from advancing into Coamo.

After the war, because the bridge is so important, the US Army Corps of Engineers rebuilt the bridge to the beauty that is there today. If you can, carefully go down the side of the bridge to the river. This is a steep path but not too bad. You may need to get your feet wet to get good photos. This bridge is on the National Register of Historic Places. 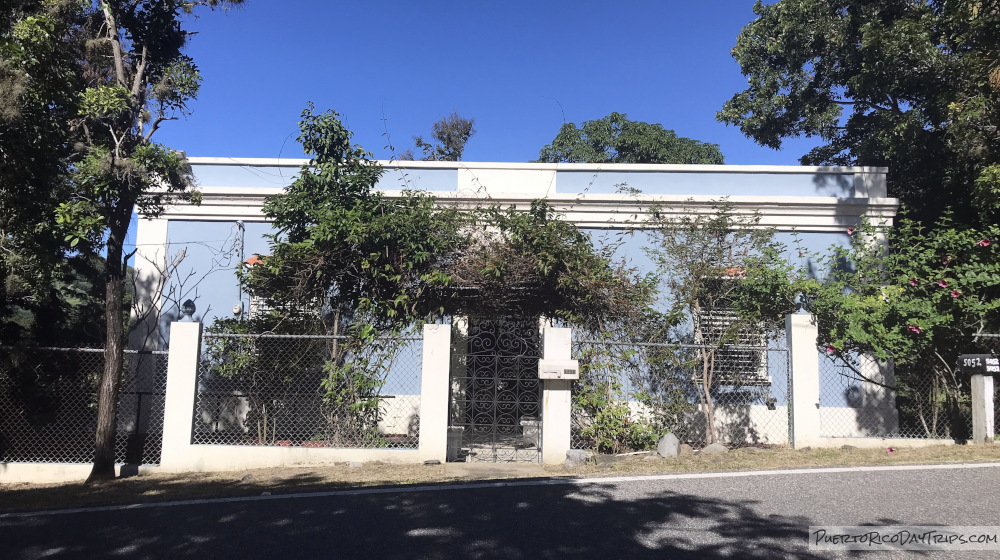 Casa Camineros (road worker houses) were built in the second half of the 19th century (around 1875-1886, when the roads were being built) and housed the people who took care of the roads. They were located every 6 kilometers on a number of roads around Puerto Rico, and a number of them remain, some in ruins, some restored.

Coamo has 3 houses remaining along Route 14. From the center of town, take Route 14 to the east. Just as you exit town, at KM 33.9, you will see one of the road worker houses (Casa Camineros). The one at KM 33.9 has been restored, and is someone’s private residence, called Casilla De Camineros on Google Maps. 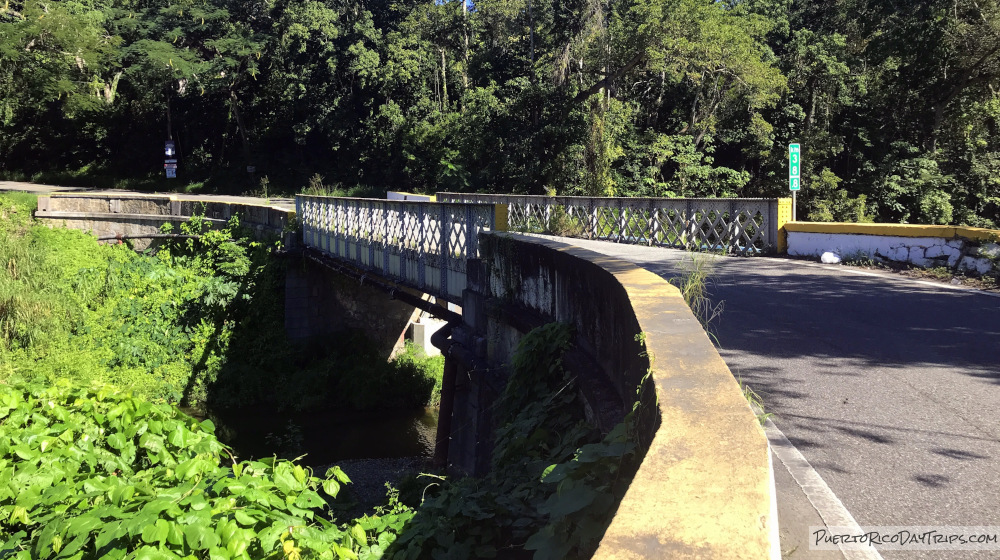 Continuing east on Route 14, at KM 38.8, you will come to the Puente las Calabasa. This one-lane bridge was built in 1882, and is on the National Register of Historic Places. Continue up a little bit more to KM 40.5 and there you will see another beautifully restored Casa Caminero. From here, we turned around and went back down Route 14, to KM 27.8 to see the last Casa Caminero – this one has not been restored yet, but it remains in pretty decent shape. It is for sale, so hopefully, someone will buy it and fix it up. 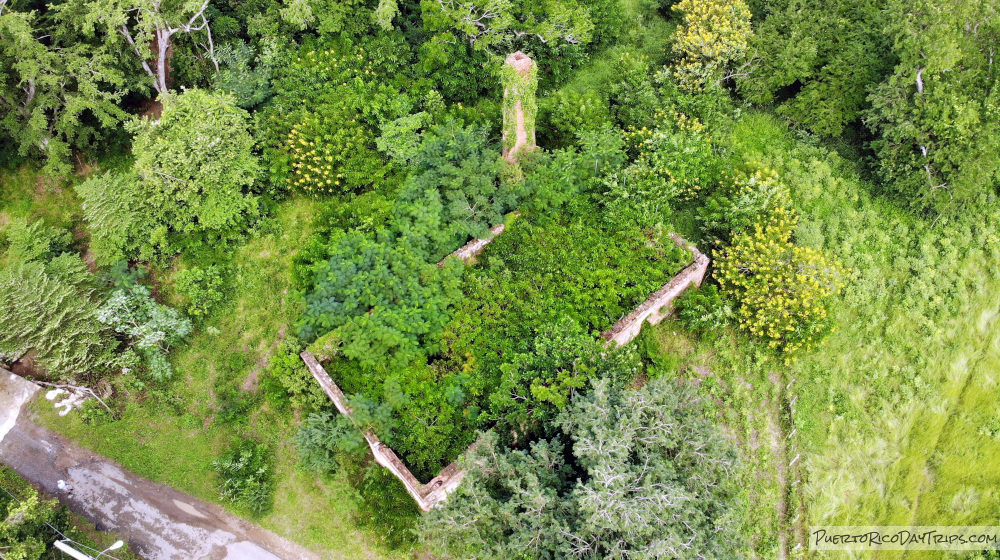 In the 1600-1800s, Coamo was largely agricultural and had sugar cane haciendas/plantations. In later years, it had a few sugar mills (trapiches). Today, there are remains of 3 sugar mills/haciendas in this town. There is not much left to see of them, but it is history.

The one that is “best” is the ruins of sugar mill the Hacienda Larrauri. The beautiful brick walls and the smoke stack still remain, though nature is quickly taking over. Located on Road 153 (just before the bridge, and the”I ♥ Coamo” sign), the ruins are on private property where they keep a herd of cattle. 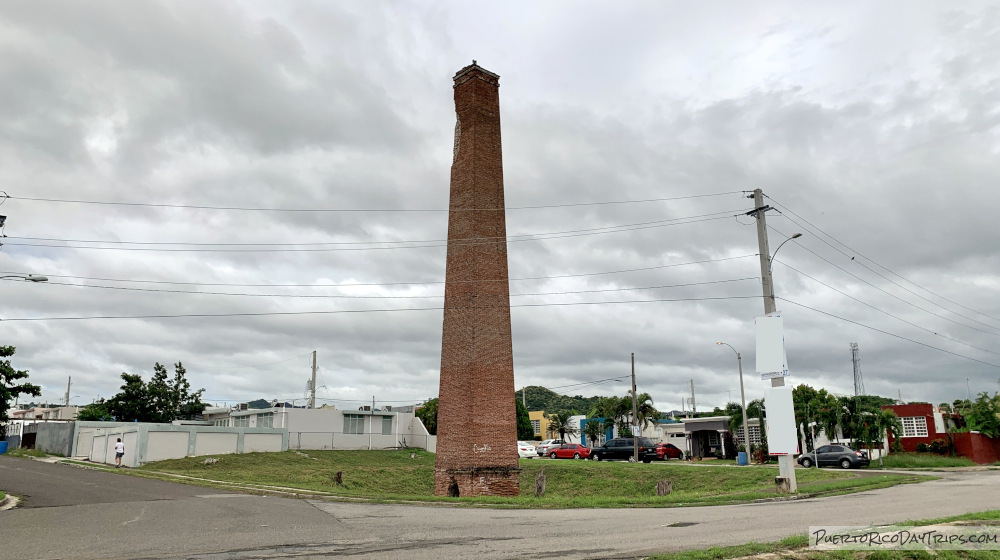 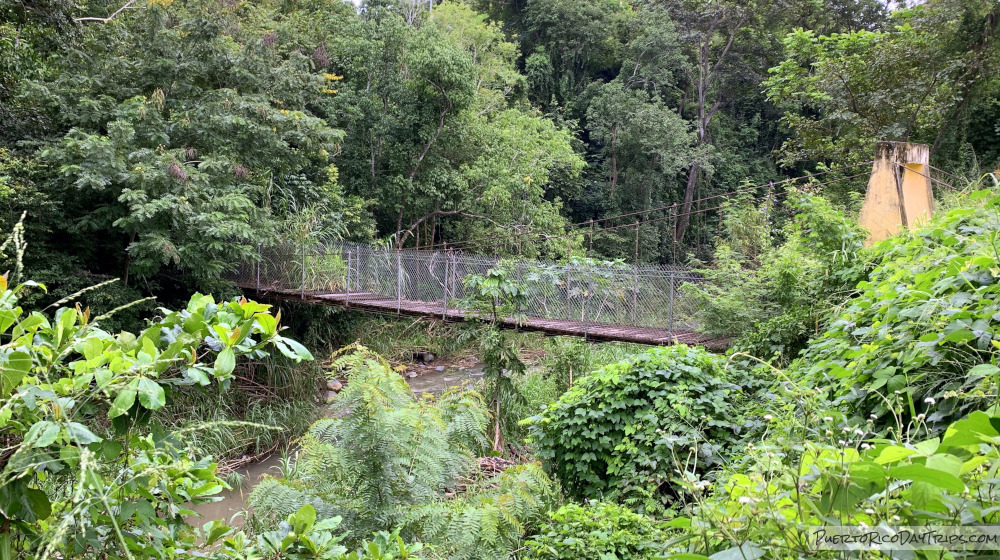 Coamo also is known for the annual San Blas Half Marathon every February. Thousands of runners from around the world come to run the race an enjoy the town of Coamo.

From the San Juan area, take Route 18 south to Route 52 south. After you get on the south coast, look for Road 153 north into Santa Isabel and Coamo.

It takes about 1 hour to drive from the San Juan area to Coamo.