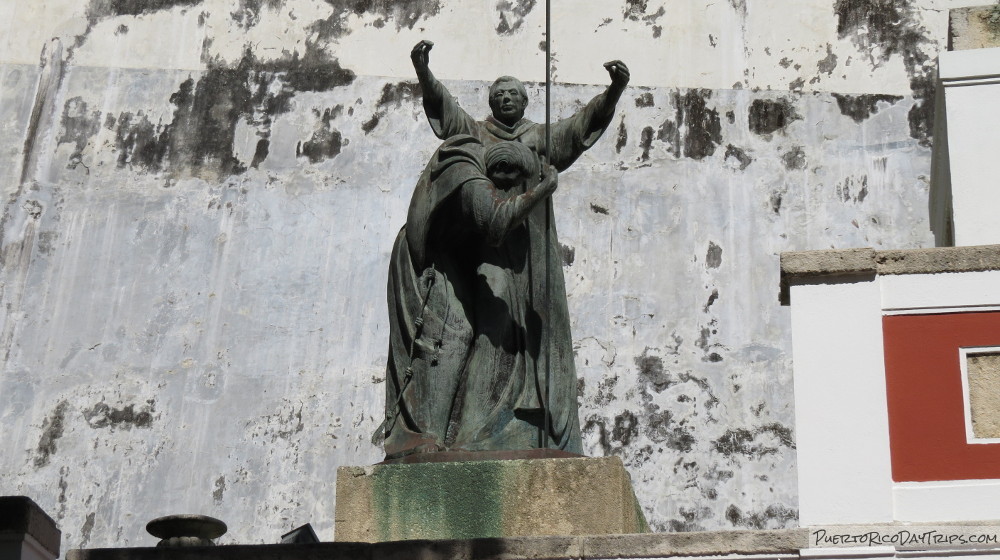 If you have ever walked along Paseo La Princesa, you have probably noticed an area along the ancient city wall that has statues, fountains, and other park-like features. This little park has been behind locked gates for as long as we can remember. 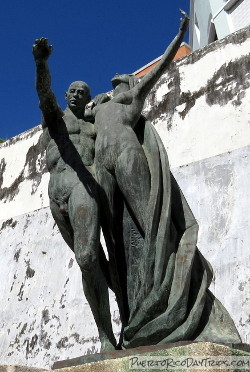 Now, as of October 2014, the park — called the Jardín de la Princesa — has been refurbished, the gardens have been replanted, a small playground has been constructed, and the locked gates have been opened to the public, for all to enjoy!

Ever since we first started exploring Old San Juan, we always peeked through the locked gates into the green park-like area on the north side at the eastern end of Paseo de la Princesa. We could see a number of statues, non-functioning fountains, neglected plants, but could never get close enough to see any detail due to the locked gates.

On a visit in November 2014, we happened to notice that the gates were open! A guard was there, and he motioned for us to come in and explore. I was so happy so see they have refurbished this area and constructed new areas for the whole family to enjoy. 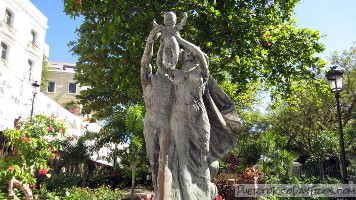 There is a plaque that explains (in Spanish) what each of the sculptures represents. In summary, the four statutes to the side represent Heritage of Faith, Intellectual Heritage, Heritage of Blood, and Hispanic Heritage. The sculpture of the five maidens on the pedestal represents the universal values of mankind.

There is a small amphitheater to the right, with concrete seating, for possible futures shows. On the east end of the park you can take a seat on one of the benches, or share one with the statue of Felisa Rincón de Gautier, and enjoy the fountain and gardens. 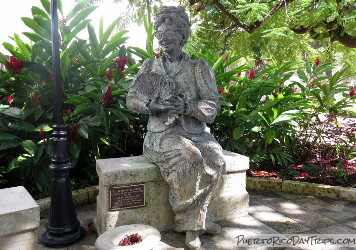 On the west end of the park, there is a bunch of colorful playground equipment on a soft rubbery ground covering. The playground is mostly in the sun, so I imagine that the equipment can get hot to the touch throughout the day.

The Jardín de la Princesa is open daily from 9am to 6pm.