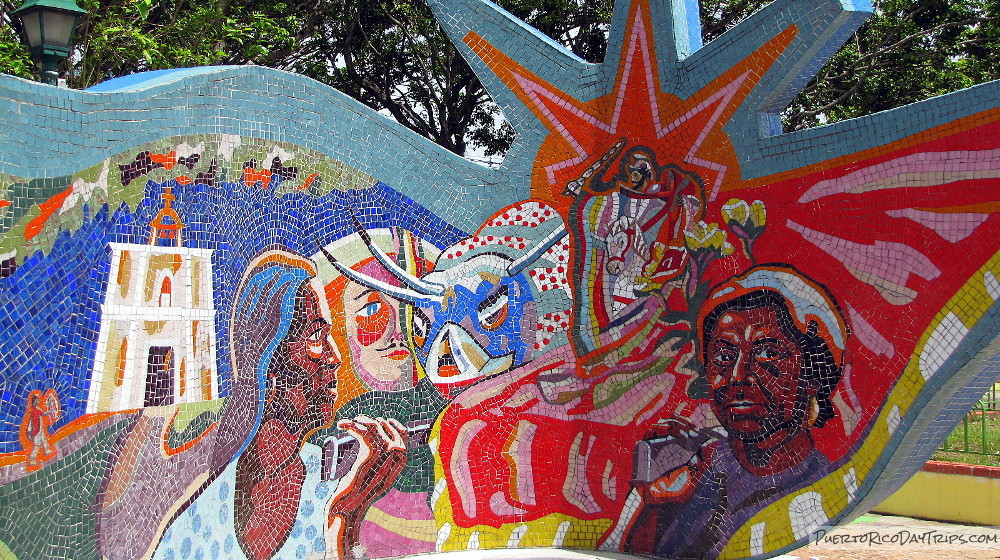 Posted by Gwenn • Updated on 17 Jul 2022
Category: Dance, Music, Porta Antillas (East)
Print This Without Photos
+ Print This With Photos 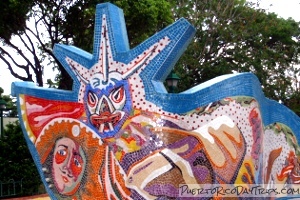 Loíza is a town steeped in tradition. It has roots that combine Spanish culture and traditions with African culture, and meld them into a unique Puerto Rican experience.

One of the most colorful examples of this would be the annual Fiestas Tradicionales en Honor a Santiago Apóstol (traditional festivities to honor Saint James) in Loíza. It is a multi-day event that occurs around July 25, the feast day of Saint James. 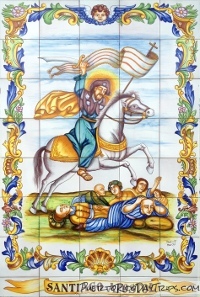 Saint James, one of the 12 apostles, is the patron saint of Christian Spanish military, having helped them conquer the pagan Moors. His apparition is said to have appeared in both Spain and Loíza, so both have adopted Saint James as their patron saint. Spain and Puerto Rico have similar celebrations for the feast day of Saint James. 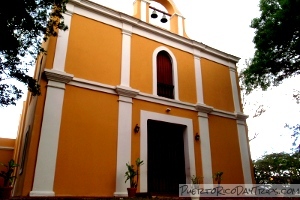 Each of these statues are guarded at specific private homes throughout the year (called mantenedores) and, the night before the feast day, they lead a procession through town from the Church.

On July 24, the statue of Santiago de los Hombres is carried in procession to Saint Patrick Church (Iglesia San Patrício) in town. And then there is a Mass

On July 25, there is a procession of the “Loicenos Ausentes” from the Herrera Bridge to the Public Plaza in town. 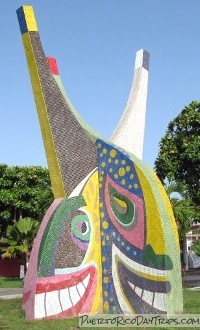 On July 27, the procession takes the statue of Santiago de las Mujeresfrom town to the mantenedor’s house in the Medianía Alta neighborhood.

On July 28, the statue of Santiago de los Niños is carried from town to the mantenedor’s house in the Medianía Alta neighborhood.

What to Look For

During the processions and parades, you will see four types of masked "characters": Los Caballeros, Los Vejigantes, Las Locas, and Los Viejos. Traditionally, these are all men from Loíza wearing costumes and masks.

Los Caballeros represent the Spanish knights. They are elaborately dressed, with colorful (yellow, red and green) capes covered with sequins and ribbons. Their metal masks are made to look like European knights, and are decorated with mirrors, bells, colored ribbons, and paper flowers. 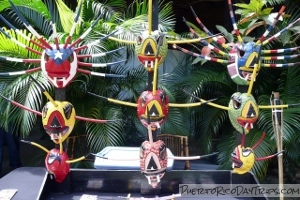 Los Vejigantes represent evil, the devil, and the Moors. They are elaborately dressed with brilliantly-colored costumes, and masks. The scary-looking masks have horns and are typically made from a coconut shell (per tradition in Loíza). Often the Vejigantes sing out verses that are answered by the people attending the festival.

Los Viejos represent the local men of limited means. Their costumes are made from rags, and their masks are made from cardboard boxes or paper bags. Some of these men are popular musicians who perform in the streets.

Las Locas are men dressed as crazy women. They are very animated. 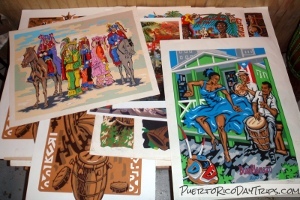 The Town usually also has “Carnaval” during this time also.

The Carnaval will have lots of live music in the public plazas around town. The traditional Saint James festivities start on July 24 with the procession to St Patrick’s and a Mass (usually around 6pm) and then on July 25 with a procession (Caravana Loicenos Ausentes)to the main public plaza to enjoy a celebration, mass and procession. (Usually around 9a-12n).

The traditional correr el santos (march with the saints) will be on July 26 to 28. The 26th is the Procesion De Los Hombres, the 27th is the Procesion de las Mujeres, and the 28th is the Procesion de los Ninos. These processions start at various places along Road 187 (see map) at about 2 or 3pm and go to Saint Patrick’s Church/Plaza Recreo and then the next day, return from town back to the starting points. There is usually a Carnaval Parade through town on weekend day. “The Fiesta en el Batey Ayala” is on the last Saturday of the Festival week. The Hermanos Ayala Bomba Fiesta usually 12 noon-8pm at the Hermanos Ayala’s property. Bomba music and dancing, vejigante mask carving and a general street party! Check their page for info.

Some of the mosaics pictured in this article are by Daniel Lind Ramos.