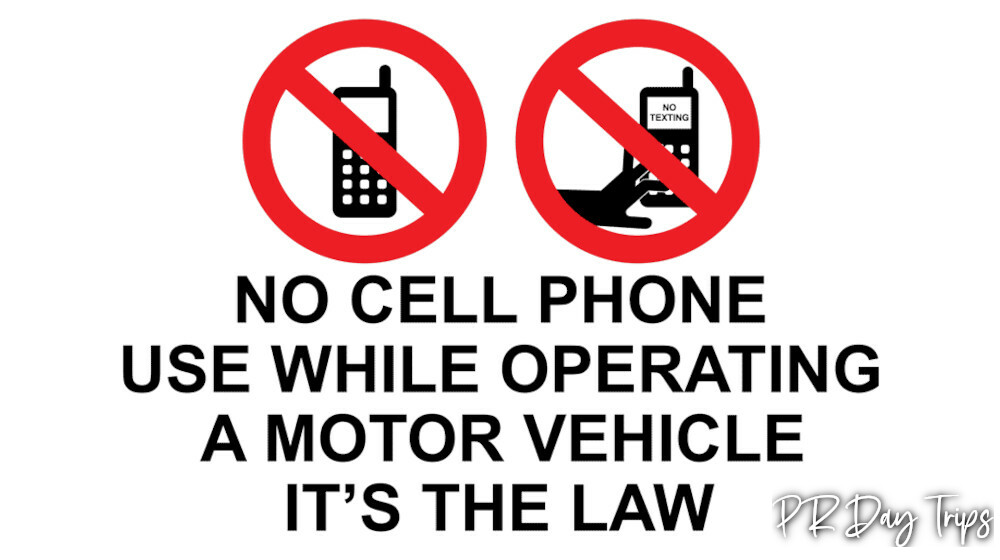 It’s the Law: No Handheld Cellphone Use While Driving 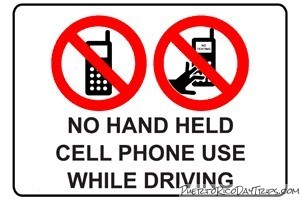 A new law, prohibiting the use of handheld mobile phones while driving, goes into effect in Puerto Rico on 01 January 2013. The law specifically bans drivers from texting or talking on cellphones, without the use of hands-free equipment, while driving.

Note that violating this law is a primary offense — You can be pulled over and ticketed just for talking on the phone (without hands-free equipment) or for texting while driving. You do not need to be pulled over for some other moving violation first.

The bill was signed into law back in October 2011, but the enforcement of the law as delayed until now to allow for a period of public education and orientation about the new law, and for the installation of road signs informing the driving public about the law.

What Does the Law Say? 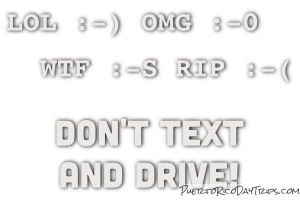 When this law was first proposed, the fine was going to be $100/violation. But it was argued that $100 would be too much of a hardship for people to pay, so it was lowered to $50. Um … I thought that was the whole point of a fine.

They’ve had 14 months to install road signs to make people aware of the law. Has anyone seen any of these signs? I sure haven’t!

I’m not sure if a cellphone wedged into a motorcycle helmet qualifies as hands-free equipment. Guess we’ll have to wait and see.

Apparently, initiating a call (i.e. dialing a cellphone) is not a distraction while driving. Funny … I find that to be the most distracting part.