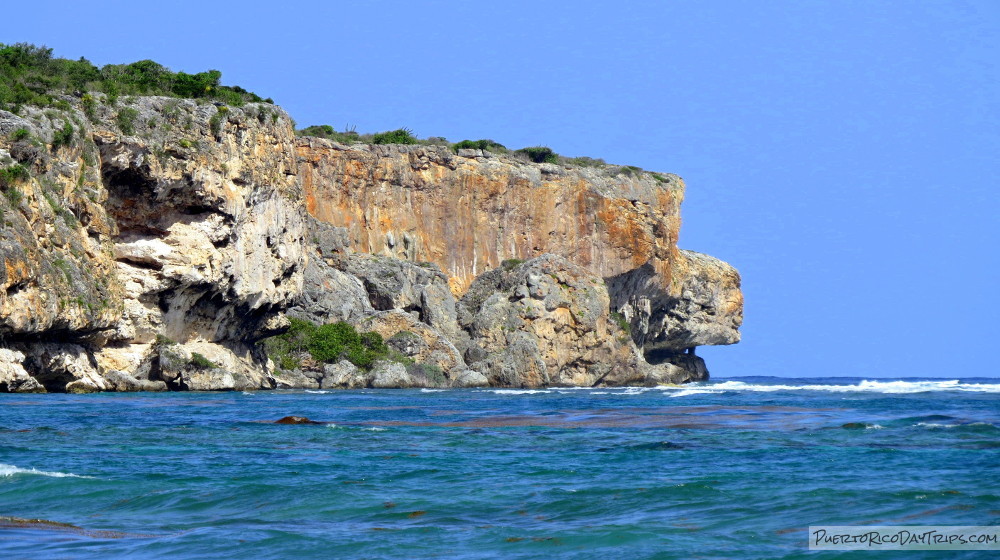 Mona Island may open for camping summer 2021. Contact the tour companies for info on their next trip.

Mona Island, or Isla de Mona, is often referred to as the Galápagos of the Caribbean. It is a natural, uninhabited island, surrounded by crystal clear water, coral reefs, soaring cliffs, ample marine life, and the occasional white-sand beach. Top-side, the island is filled with caves, historically significant artifacts, and endemic plants and animals, some of which are endangered.

Due to the difficulty in logistics of getting there, very few people have ever actually visited Mona Island. All in all, the island is shrouded in mystery. It was difficult to find the information that we needed in order to plan a visit to Mona Island, but we persevered and eventually were able to make the trip. We’ll be writing a series of articles about Mona Island so that more people might have the opportunity to experience this amazing place firsthand. 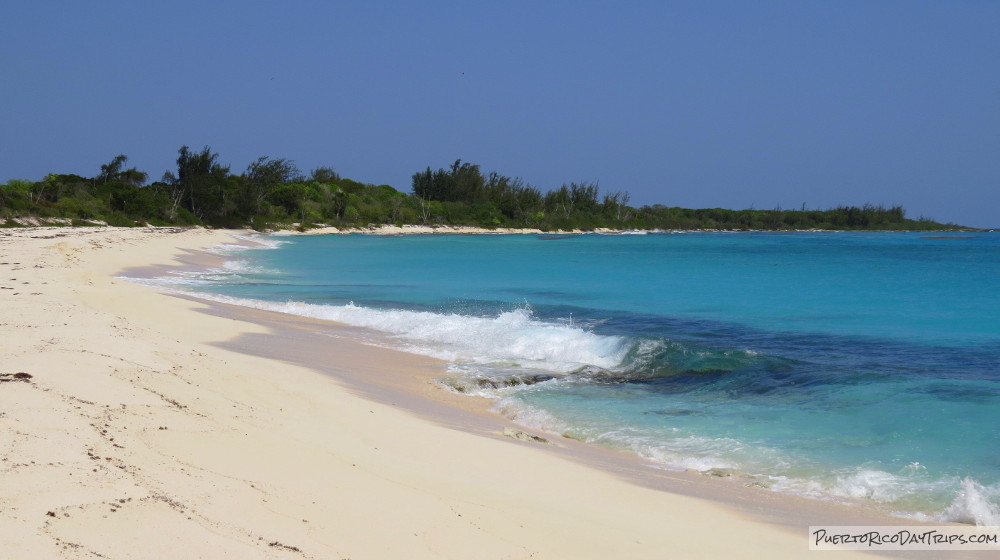 This is a serious adventure that requires lots forethought, government permits, and weeks (if not months) of planning. There is no lodging, nothing to eat, no potable water, no medical care, and no cellular service on the island. You need to plan for every imaginable situation, and pack in and pack out everything you will need during your visit. The only way to get to Mona Island is via a 3-4 hour boat ride through potentially rough seas.

The island seems designed to fight back against human intrusion. There are four types of poisonous trees/plants, which will cause a whole bunch of nasty reactions. There are cactus and other plants around every corner, with spines or thorns just dying to jump on you. The ground is primarily limestone, with sharp rocks and holes to trip you up everywhere. There are all sorts of biting insects and animals on land and in the water. Mona has an arid climate with ever-present sun and heat. Daytime temperatures are in the high-80s to mid-90s in the shade. Dehydration, heat exhaustion, and sun-stroke are constant dangers.

There very few directional signs on the island, so it is easy to get disoriented in a cave or if hiking without a guide. If you venture away from the camping area, you are required to wear a day-glow orange shirt so that so that the authorities can find you if you get lost (which has happened).

But if you are up for the challenge, Mona Island is an amazing, uncharted island paradise that is well worth the trouble and effort to visit. 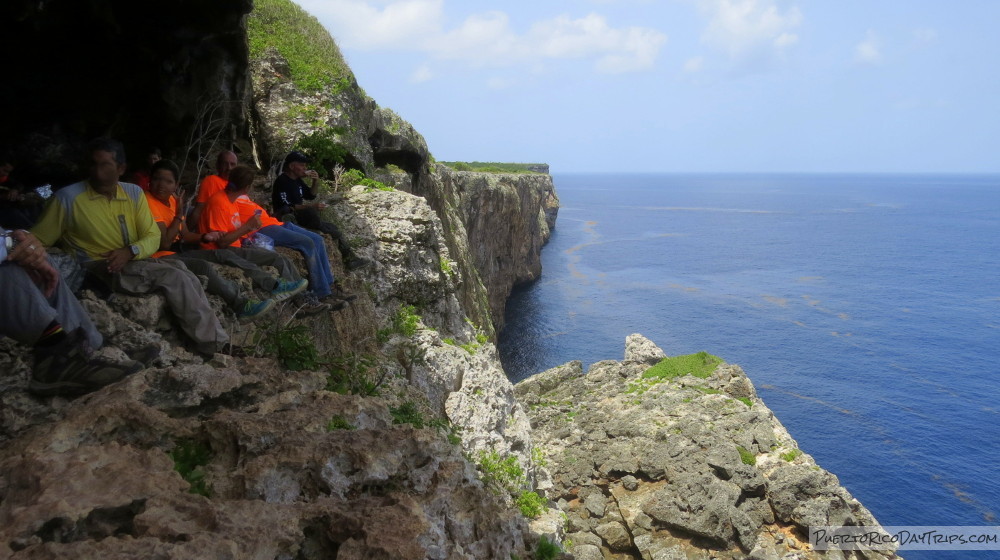 Mona is a small (7 miles by 4 miles), uninhabited island, located in the Mona Passage, about mid-way between the Dominican Republic and Puerto Rico. It is about 43 miles west of Cabo Rojo, and about 41 miles east of the Dominican Republic. In fact, the current name Mona is derived from the Taíno name for the island Amona, which means “that which is in the middle”.

Mona is a coral island that raised up out of the ocean many millions of years ago. It is mostly sheer rock cliffs (some 300 feet high), with a huge flat plateau area on top. There are a few beaches around the base. Since the island is mainly dolomite and limestone, there are loads of caves throughout the island. It has a hot and harsh tropical environment, and a number of different types of ecosystems to explore. There is also a tiny sister island, Monita, just a few miles to the west of Mona that is off-limits to to the public.

Mona Island is a nature reserve, managed by the Puerto Rico Department of Natural and Environmental Resources (Departamento de Recursos Naturales y Ambientales or DRNA). Though the island has an official population of zero, there is always at least one person from the DRNA there. On and off throughout the year, there may be a number of other people from US and PR agencies (DRNA, NOAA, USDA, Coast Guard, etc) doing research or patrols. These people reside for short periods of time, usually on the west side of the island, at Playa Sardinera. Additionally, the DRNA issues permits for short visits by campers, hunters (in season), and day-trip visitors. 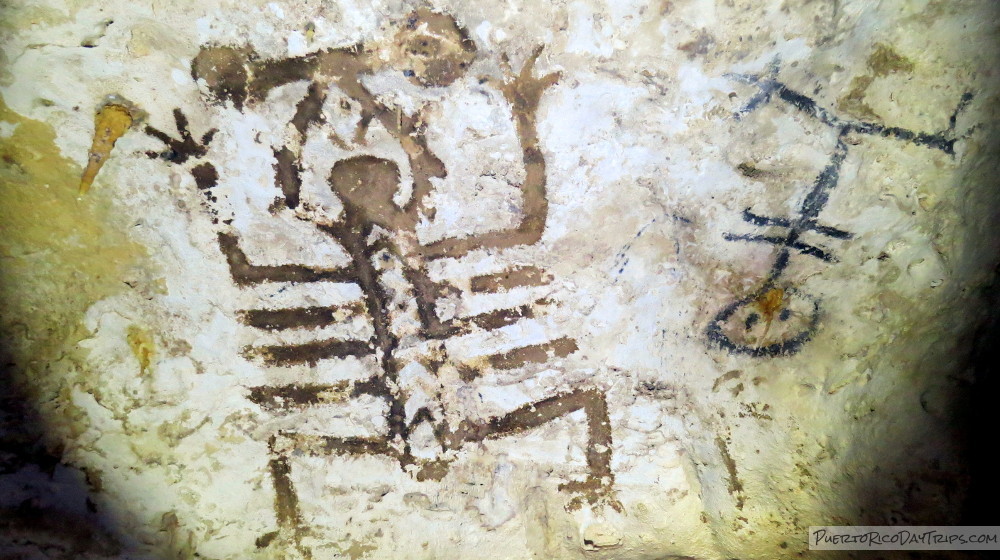 The island has a long and interesting history, with original inhabitants, conquering cultures, pirates, and mining. But to give a very brief history …

The written history starts with the Taínos who inhabited Mona Island for many hundreds (possibly thousands) of years. They had a settlement in the Playa Sardinera area on the west side. They had fresh water and rich soil on the coastal area where they grew food.

When the Spanish arrived in 1493, they took advantage of the resources on the island until 1578, when the Taíno culture on Mona was all but wiped-out. Then for nearly three hundred years (from the mid-1500s until 1800) the islands were abandoned to pirates, who used this island as a rest spot to get provisions, and also as a point to attack other passing ships.

From 1848 to 1927, the Spanish and then others (including the US) mined many of the caves for bat guano (phosphate to use in fertilizer) and other minerals, and cut the trees for lumber.

Finally, in the mid 1970s strict usage controls of the island were implemented, in order to maintain it as a natural paradise. Those controls are still in place today, and the island is currently used for research, camping, hunting (of non-indigenous goats and pigs), fishing, hiking, exploring, etc. 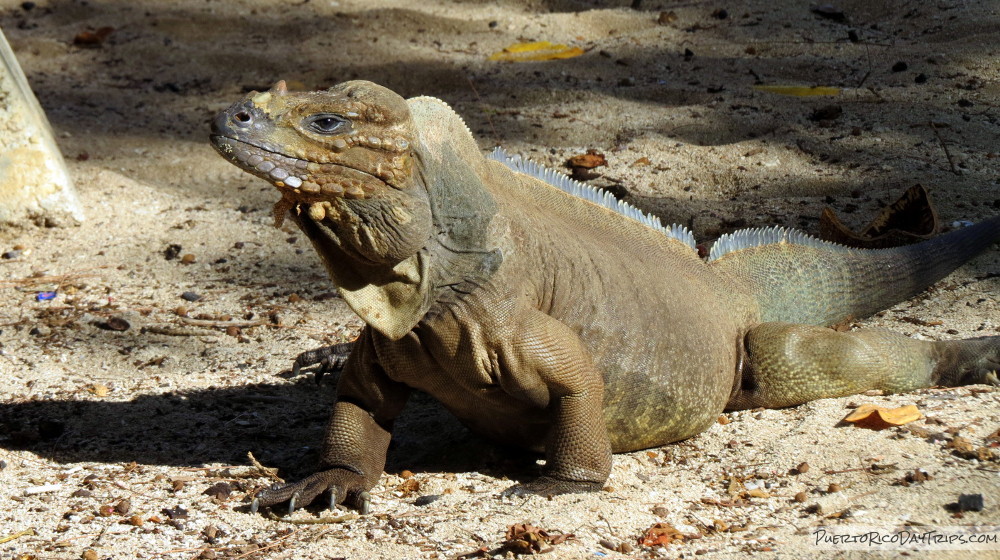 As previously mentioned, the only way to get to Mona Island is by boat. If you are lucky, you’ll go on a powerful boat when the seas are calm (which is typically in the summer), and the trip crossing should take about 3 hours. The trip from Mona Island back to the big island of Puerto Rico might take a little bit longer. If you are unlucky, and the seas are rough, you can go ahead and add a couple more hours onto the duration of the boat ride. 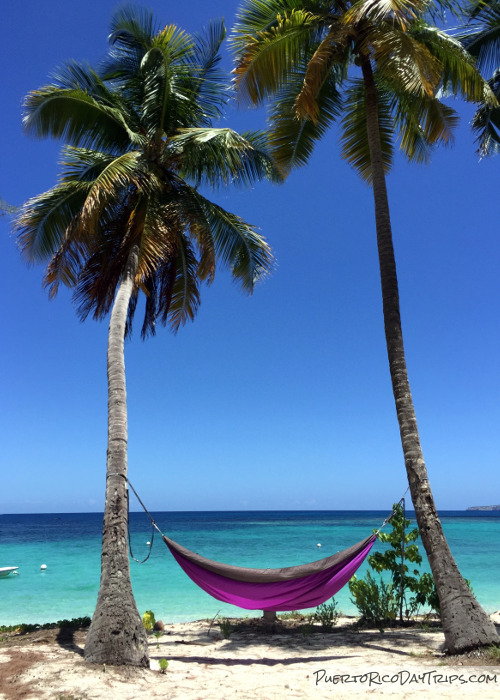 If you have your own boat, you are allowed to visit the island and use the mooring balls that are near some of the beaches. But to venture onto the beach past the high-tide line requires a 1-day visitor’s permit from the DRNA.

Most people don’t have their own powerboat. If you fall into that category, you will have charter a boat to take you to Mona Island. There are a few companies that provide that service, but they are expensive.

The most reasonable option is to go with an excursion operator that schedules a trip, arranges the boat, and then gets a group of adventurous folks together to share the expense. There are a few companies that provide this service. We have used Mona Island Tours or MonteAdentro for our trips to the island. Other companies include Acampa, and occasionally the Puerto Rico Chapter of the Sierra Club.

Camping is allowed from May through November and hunting (to control the population on non-indigenous goats and pigs) is allowed from December through April. Permits are required to set foot onto the island above the high-tide mark — either a camping permit (maximum of 3 days), a 1-day visitor’s permit, or a hunting/camping permit. Permits must be obtained before arriving on Mona from the DRNA (you can get more info by calling 787-999-2200 ext 2100, Spanish only).

The DRNA enforces a strict maximum number of people allowed to camp (110) at any given time, so people need to get their permits as early as possible (usually at least 1-2 months before they plan to come). You can get the permit paperwork online in the Uso de Terrenos y Permisos Forestales section of the DRNA web site.

So What Is There to DO There?

We went to hike, see the caves, pictographs and petroglyphs, snorkel and swim, watch for sea turtles, take 1000s of photos, and camp (because there is not even a 1-star hotel there). But I guess you could do as much or as little as you wanted. 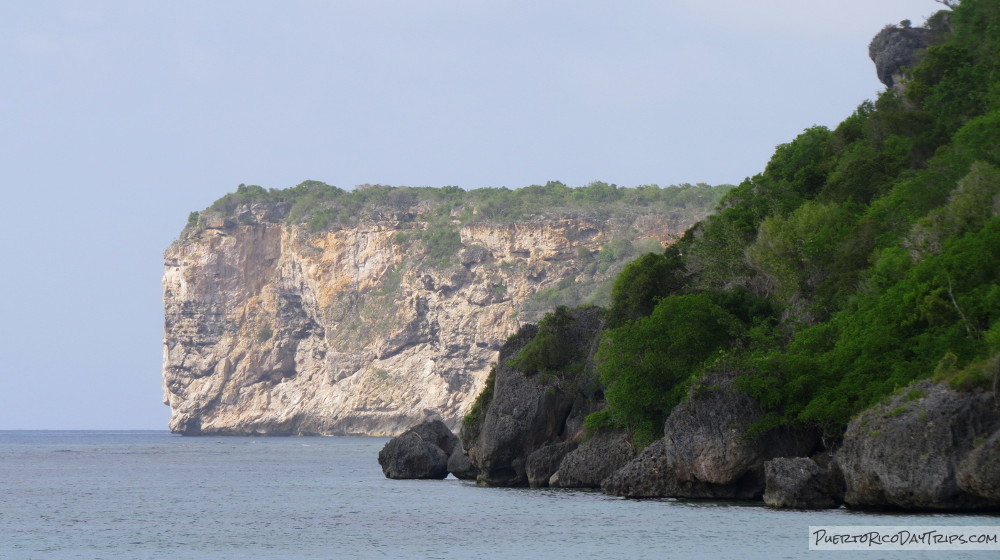 OK, So Why Are We Telling You About This?

We’ve already said that visiting Mona Island is not a day trip, and it’s not for your average person. But it is a remarkable place that is worth visiting if you are able.

We’ve been wanting to go to Mona Island for a number of years, but information on making the trip was hard to come by. We were finally able to visit the island in mid-August 2015, and will be returning to the island in early-November 2015. In our effort spread the word about the wonders of Puerto Rico, we want to document our experience, both by sharing our photos and by sharing the information we’ve come to possess about Mona Island.

Possible future articles may include details on camping, hiking, caves, and beaches of Mona Island. We hope that you enjoy the beauty of Mona Island, if only from the comfort of your living room.