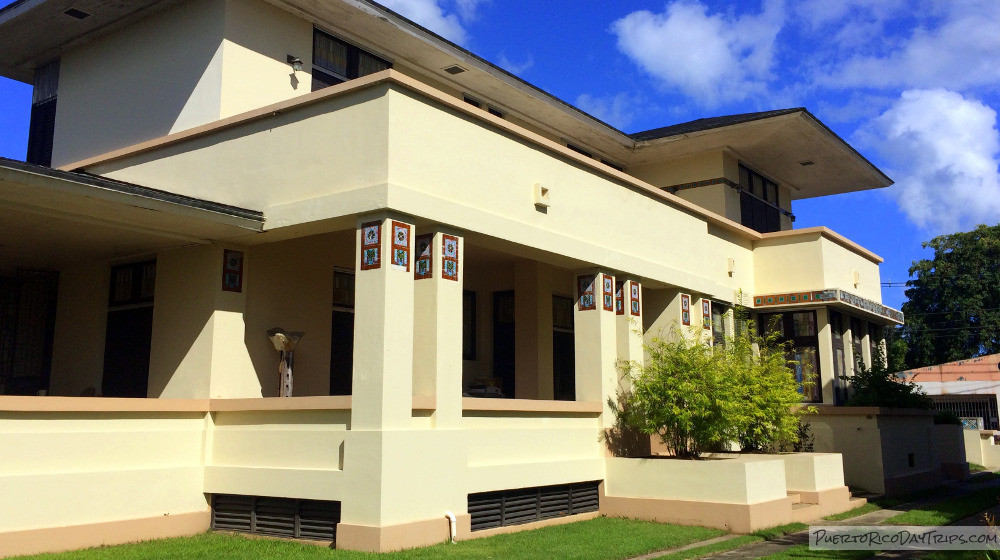 Posted by Gwenn • Updated on 13 Jun 2020
Category: History, Museum, Porta Antillas (East)
Print This Without Photos
+ Print This With Photos

10/19- The museum has closed. Hoping it will someday reopen.

It is hard to imagine how unusual Casa Roig must have looked when it was built back in the 1920s. It was one of the first concrete houses in Puerto Rico, and it was a modernist design — so different from the grand, classical estate homes of the ultra-rich in that era. It is easy to see the Frank Lloyd Wright “Praire style” inspiration in the architecture. The original building was left to ruin, so it had to be almost totally restored from the ground up. But they did a great job, and this house is really interesting to see. 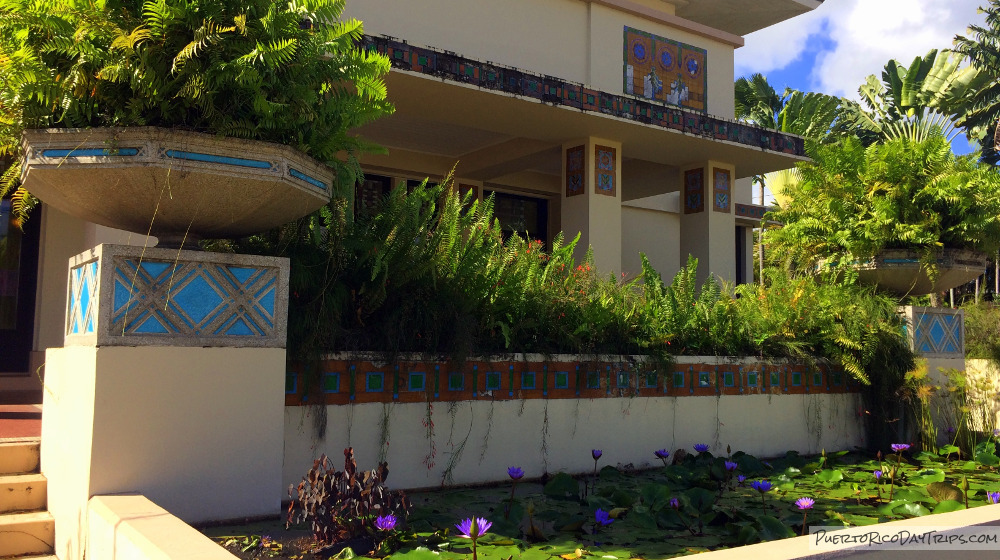 The original house was built in 1919 by Antonin Nechodoma for the Roig/Guzmán family. They were rich sugar barons who owned sugar plantations, and other interests, in the Humacao area. The architect studied in Chicago at the Chicago School. He took his studies of ultra-modern design, and he transformed it to work in the Caribbean climate. The high ceilings, big windows, and open-air interior was great for circulation.

The house has been restored using the original plans from Nechodoma, including features like the lily pond out front that was planned but not installed in the original house. They even made furniture using Nechodoma’s designs (like a puzzle). The floors are original, and a few of the mosaics and stained glass windows are original. The restoration has remade this unique house to preserve it for our enjoyment. As an added bonus, the upstairs of the house is an open art space, where they display works from various artists. 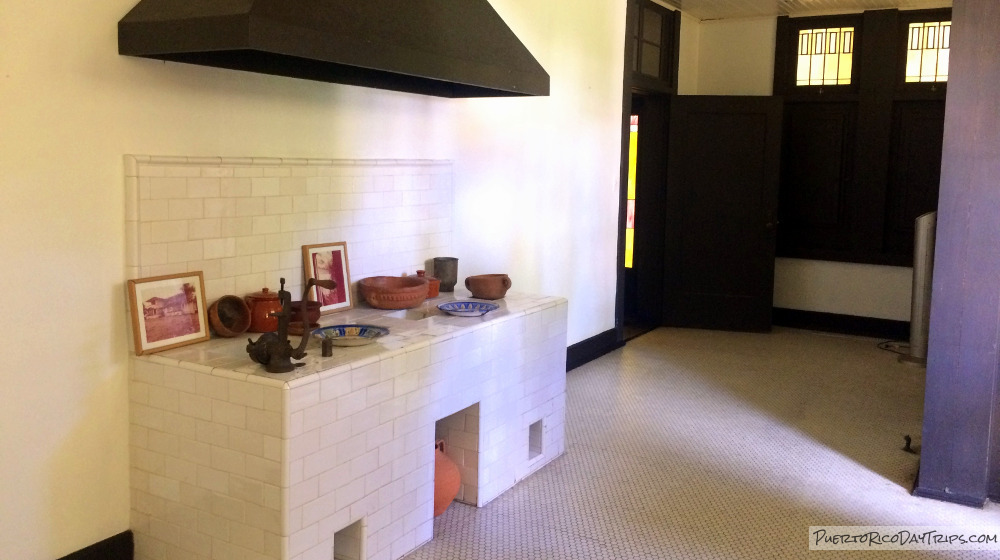 We were given this tour by a bilingual student from UPR in Humacao. She explained all about the house, the family that lived there, the architect, and many features unique to the house. The downstairs rooms are lovely – each has beautiful stained glass doors, and the woodwork is really nice. Upstairs, they had works from two artists on display. The artist displays change throughout the year. 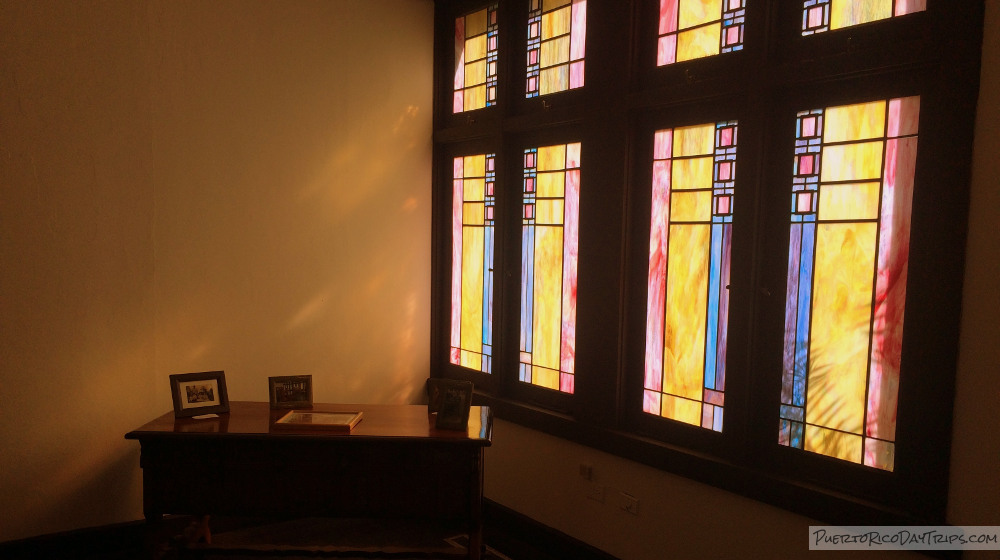 We really liked the tour – it was quick and interesting, and the house was really unlike any we have seen here in Puerto Rico (though I know there are a few other remaining buildings in San Juan designed by this architect in the early 1900s).

The tour is free, but they do ask for a voluntary donation to help support the house.

The museum is open Monday to Friday, from 9am to 4:30pm. There is one trick to touring this house … it is associated with the University of Puerto Rico, so it is closed during school holiday recess (when the university is closed). So call ahead to make sure they are open and available for tours.

Allow about an hour to tour the house.

There are two houses here the Casa Roig, the museum and one that belonged to one of the sons. This second house is used for offices, and is not open to public.

From Route 3 in downtown Humaco, turn to the south on Calle Antonio Lopez. Continue about 1½ blocks to #66 Calle Antonia Lopez. It will be on your right. You can park on street in front of the house, or you can turn the corner onto Calle Esmeralda and park in the lot behind the house.