Printed on 18 Jan 2020 from
PuertoRicoDayTrips.com 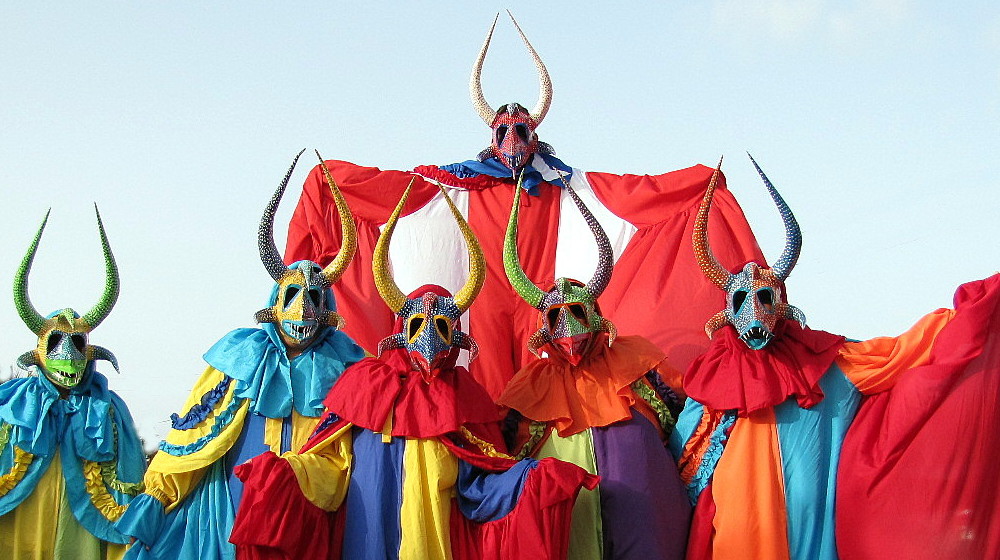 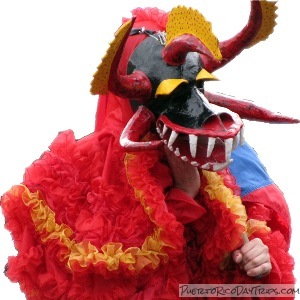 The Ponce Carnival (Carnaval de Ponce or Carnaval Ponceño, in Spanish) is an annual week-long celebration. There are parades with wildly decorated floats, crazy costumed people, lots of music, loads of spectators, and merriment.

Similar to Mardi Gras in New Orleans, it is derived from the old world tradition of a final celebration before the beginning of Lent. But over time, it has transformed into a week-long party!

If you want to party Puerto Rican style, mark your calendars — The 161st Ponce Carnival will be March 1 through March 5, 2019.

If you plan to attend the Ponce Carnival, you should expect to see loud and colorful parades, with marching bands, with dancers and floats. The parades are similar to those held around the island throughout the year at other town festivals or Carnivals — but on steroids!

Central to the festivities in Ponce are the vejigantes — masked, colorfully-dressed, clown-like characters, wearing paper mâché masks with scary teeth & horns — dancing and strutting to bomba and plena music. They may swat bystanders with soft balloons (supposedly to chase away the evil spirits) as they go by. 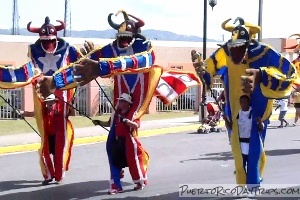 There will be lots of bomba and plena music, and many of the interactive, chanting songs. Before and after the parades, there will be other live music at stages throughout the evenings.

The schedule is basically the same from year to year. The most popular events are the huge parade on Sunday, and the burial on Tuesday, but each night has great activities.

The events take place, and the parades end, at the main stage on front of the Ponce City Hall (Casa Alcalde) at the town plaza, Plaza las Delicias. This is the same plaza where the where the famous black and red firehouse is located.

We hear that the town of Ponce will have free buses going around town to help move people, so hopefully traffic will be reduced. Note to Poncenerios: check the bus routes! 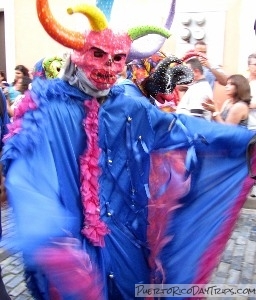 Assume that the schedule is subject to change with little or no warning.

There are 14 comments on this article. Add to the Discussion »

You would need to contact someone in Ponce. Try the Mayor's office: https://www.facebook.com/MayitaLeona/?ref=br_rs

Good Morning, I"m trying to find out how can I get information to participate or what it takes to register for the 2019 Carnival. I'm part of the Band Booster for the Mighty Tiger Marching Band from Pompano Beach, FL (Blanche Ely High School) and we will like to find out if we are able to participate. Please let me know so we can plan accordingly. Email I can be reached at is r****** Sincerly, Jessica M Esmurria TNBBA Secretory

Thank you so much for posting this information. We took our kids to the parade today and had a great time :)

This carnival is very similar to the ones from the Dominican Republic.

Hi. could you tell me when ponce carnival is in 2018? thanks

Thanks! I will send you and email to get the activity list.

Good morning we would like to clarify that the correct date of the Carnival of Ponce is from the 24th of Febriary yo the 28 th. If you would like an official list of the activities during the five days of the Carnival and list of artist we would be happy to provide it. Cultural Development Office Municipality of Ponce 787-841-8044

It is over for this year...it is the days leading up to Ash Wednesday.

THANK YOU for posting this schedule!! Every year I try to find the schedule for the week to try to plan a trip down there and I"m never able to get the info. Hopefully this will be the year we make it!