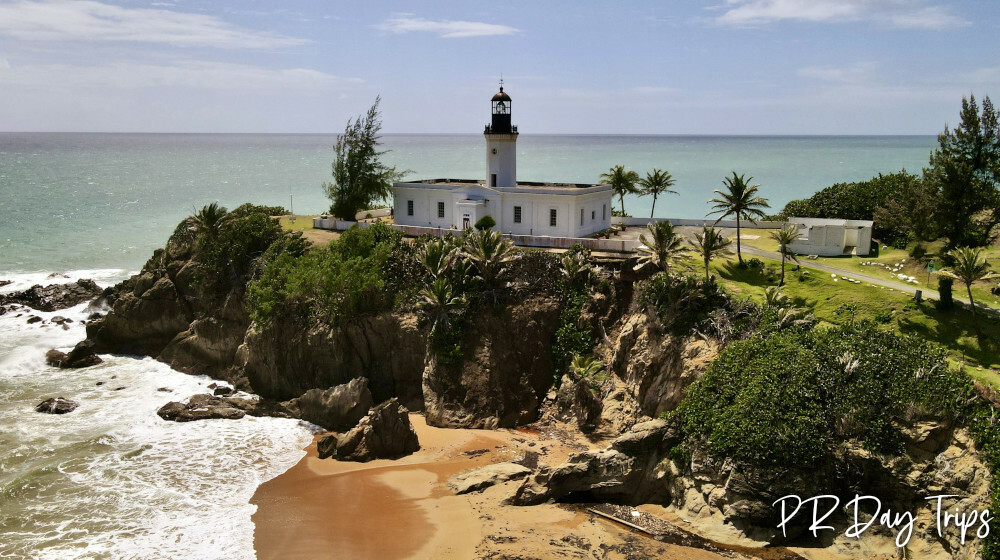 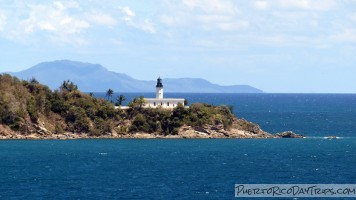 On a recent, sunny Sunday, we decided to take a drive down the east coast of Puerto Rico. It is a nice drive if you go along the coast, with some great views along the way.

At the south-east corner if the island is the town of Maunabo, in which you can find the Punta Tuna Lighthouse (Faro Punta Tuna) and beach. While you can’t enter the lighthouse itself, the park and beach area are worth a stop.

This lovely lighthouse stands on top of a small promontary that sticks out into the sea at the south-eastern point of the island. The lighthouse was built in 1890 by the Spanish government to alert mariners of the coast. It was commissioned in 1892, and continues to be in service today. 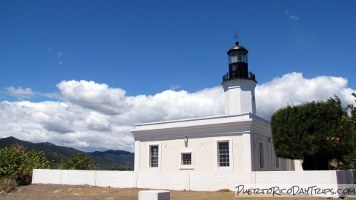 The lighthouse has a small, one-story light-keeper’s house (similar to many others on the island), with 2 identical living quarters on each side, and a 49-foot octagonal tower in the center.

It had a third order Fresnel lens that was able to project light 18 nautical miles out to sea. This lens was used until the end of the 1970s, at which time it was replaced by solar lamps. The Fresnel lens remains in the tower today, though it is damaged.

Originally, a hand-wound clock mechanism was used to rotate the lights (using weights that hung from the top of the central column), but this was changed over to electric in 1939.

The lighthouse is still owned by the US Coast guard, but had fallen into disrepair. The town of Maunabo has been managing and restoring it since 2006. They would like to take ownership of it soon. They understand the historical significance and tourist potential of the lighthouse and the surrounding area.

A Visit to the Lighthouse 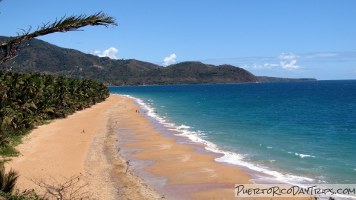 Last we went, visitors can walk around the outside, you can’t go into the actual lighthouse. It is located in a pretty little park that has great views of the water and beaches on either side of the point. We walked around outside the lighthouse, taking photos and enjoying the views and breezes. 7/21- they have repainted and have added informational signs (in Spanish) around the lighthouse and area. 12/22, they have a new fence all around the area, so no sneaking in…if gate is closed, you can’t get close to the lighthouse. so just go down to the beach and photograph it from there. At one time, they used to have a little visitors center in the first building which had a bilingual leaflet with information about the lighthouse and a small museum with bilingual exhibits. It was really nice, I hope they can reopen it again someday.

A Visit to the Beach 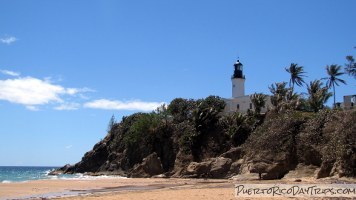 The Punta Tuna Beach/reserve is accessible from just outside the gate of the lighthouse. There is a small fence-lined path that leads to the beach. This beach is natural — there are no facilities, lifeguards, nor maintenance done to the beach. Even so, it’s a very pretty beach, with a wide sandy area.

The beach is posted as a no swimming beach because the swift currents make the water unsafe. But it is great for sun bathing and long walks. You can also get some great photos of the lighthouse and rock formations from the beach.

After our picnic lunch on the beach, we were ready for more adventures along the south east corner of Puerto Rico.

There is no cost to access the lighthouse park nor the beach.

The sign says the lighthouse park is open Wed – Sunday, 9a – 4pm. There is a new gated fence, so if it is locked, it is closed.