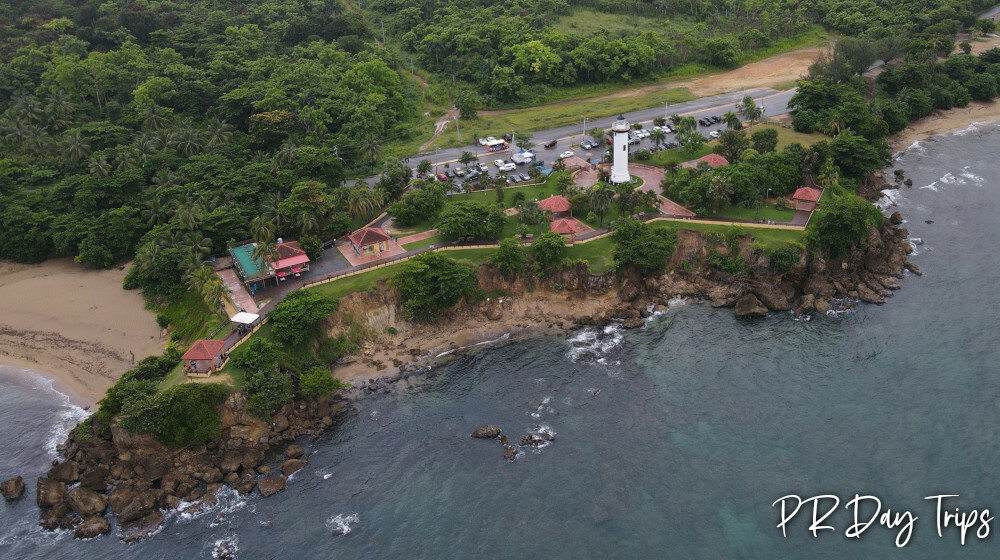 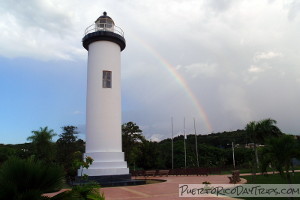 With 16 lighthouses to visit and explore, Puerto Rico is a dream location for lighthouse enthusiasts. Some of our lighthouses are very old and very beautiful. The Rincon lighthouse (El Faro de Punta Higuero, in Spanish) isn’t particularly either of those. However, what it really has going for it is it’s location.

Situated on bluff surrounded by a lovely park, the Rincon lighthouse offers a setting where you can relax and have great views of surfers, Desecheo Island, the sunset, and even whales (in season). So, even if you are not "into" lighthouses, you should plan a visit to the Rincon lighthouse park just to enjoy the views.

A lighthouse has been standing at the same location since 1892. The original lighthouse, which was one of the many lighthouses built to help ships navigate the dangerous sea passage along the western coast, was damaged during an earthquake in 1918. From old photos that I have seen, it was beautiful — made of brick with nice details and included a house for the lighthouse keeper’s family. Due to the damage caused by the earthquake, it had to be demolished, and the current 70-foot tall cylindrical tower was built in 1922.

The Views from the Park 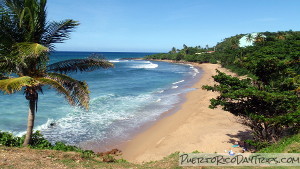 Surfing – The beaches around the Rincon lighthouse are very popular with surfers. There are decent-sized waves year-round, but in the winter the waves are HUGE! A real surfers’ dream! Domes Beach (to the right of the lighthouse) seems to be one of the most popular spot for surfers. Another surfing beach, Indicators Beach, is to the left of the light house.

Sunsets – They happen everyday, they’re free, and they require no special skills nor equipment to enjoy. They are of the daily blessings we have and should enjoy whenever possible. It is so pretty watching the sun paint colors in the sky as it sets, slowly dipping below the horizon.

Whale Watching – Whale watchers also converge on the lighthouse for the yearly migration of the humpback whales that travel through the Mona Passage between January and March. Of course (with my luck), we didn’t see any the day in February we went, but you may have better luck. 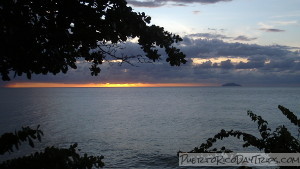 Photo Ops – The park around the lighthouse provides a great view of Desecheo Island, which makes a great backdrop for your own photos. One evening, as we waited for the sun to set, we watched dolphins happily swimming in the distance, and occasionally jumping up and out of the water. It is really just a pretty location to see some natural beauty . 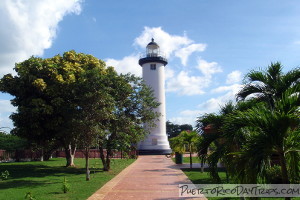 There is no charge to visit the Rincon lighthouse park. There is lots of free parking, too.

The park is officially open every day until 6:00pm, though we stayed later to watch the sunset and the park gates were still open.

The Rincon lighthouse park is located on Route 4413, just off of Route 413.