Printed on 02 Dec 2022 from
PuertoRicoDayTrips.com 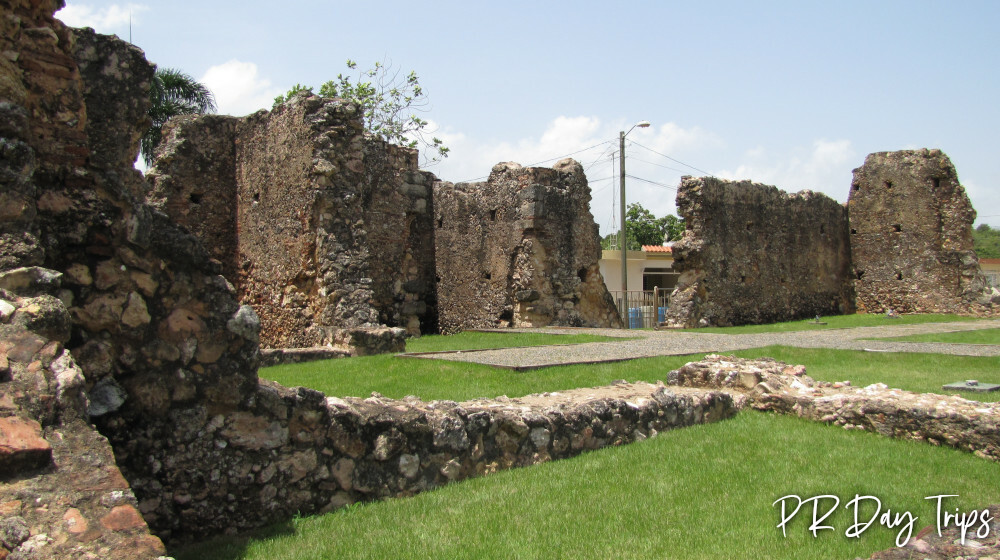 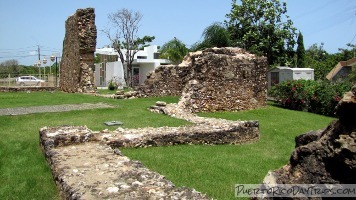 While in Isabela enjoying the beaches and scenery, you may want to make a stop to see the remains of the first Spanish settlement in the northwest region of Puerto Rico. I know that I enjoy exploring what is left of the past, so the ruins of the Ermita San Antonio de Padua de la Tuna was a stop that we had to make on a trip through Isabela.

Before the first quarter of the 1700, only the native people (Tainos) lived in the northwest region of Puerto Rico. However, around 1725 the first Spanish settlers moved into the Isabela area, which they originally called La Tuna. Between 1725-1750, they built a church (hermitage in English or ermita in Spanish) called “San Antonio de Padua”, and a community near the Guajataca river. Over time, it was decided to abandon the town and move closer to the ocean, where the town of Isabela is located today.

The ruins of the original church have been preserved for future generations with help from the Mabodamaca Corporation, and it is listed on the US National Register of Historic Places. 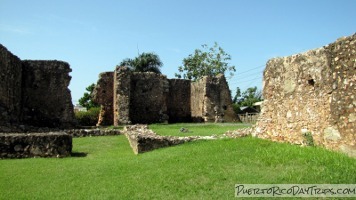 I know that this is not a must see nor huge tourist attraction, so I was surprised to see signs leading to the ruins from Route 2. With the signs, it was easier to find then I thought it would be.

The first time we went, I didn’t know anything about the place, so we just showed up. There is a “Casa Tuna” and large parking area, but nothing was open and no one was around. The ruins are behind locked gates. But we were able to see the ruins from outside the fence and take some photos.

Fast forward a year … After much searching, I found out that “Casa Tuna” is the office for the non-profit volunteer organization Corporación Mabodamaca. The corporation was created to study and preserve the ruins, and to educate everyone on the area and its long history. The corporations name was in honor of great Taino chieftain named Mabodamaca. You need to call and make an appointment for your visit, so they can have someone there to open the gates and the office, and to talk to you about the place.

For our most recent visit, we did just that, and we got to go inside the ruins and office. 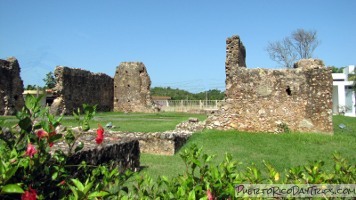 Inside the office there are just a few cases with archaeological findings from the area from the Taino times — cemis and tools, even a pre-historic shark tooth! — and the La Tuna town “heyday” (some metal objects). They also have information (all in Spanish) that tells you about what they found while excavating the area — In front of the church was a cemetery, where original inhabitants of the town were (and still are) buried.

The volunteer can answer any questions you have. They also have information and comparisons on the design of the Ermita and the other early churches in Puerto Rico. This time we could get better photos of the ruins from inside the fence. 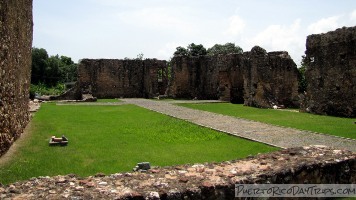 The “museum” and ruins “should be” open Sat/Sun 10a-3:30pm, but it is best to call. Even if they are not open, you can get a good enough look at the ruins through the fence. Check out Facebook page for up to date info. or email them at corpmabodamaca@gmail.com

From Route 2 in Isabela, turn onto Road 113 South, and follow the signs.