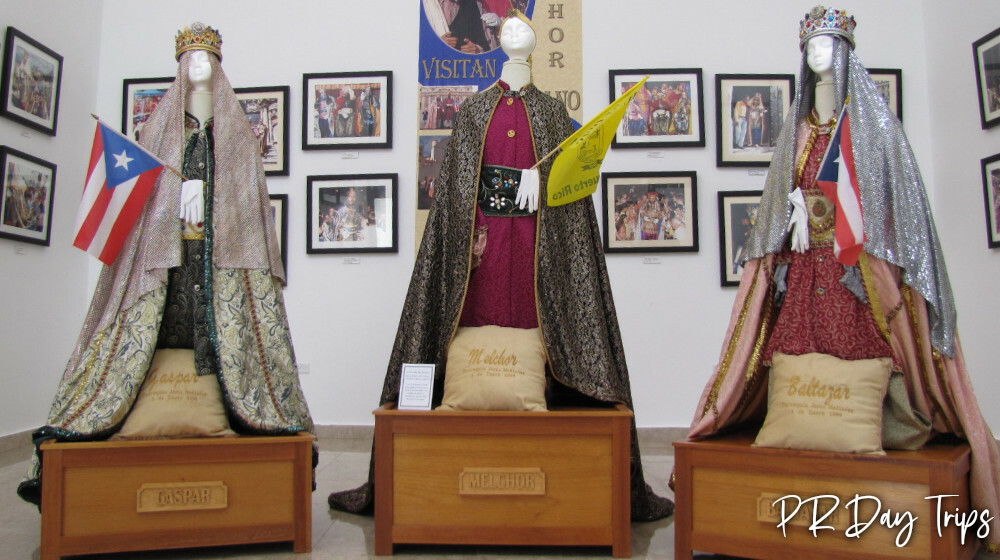 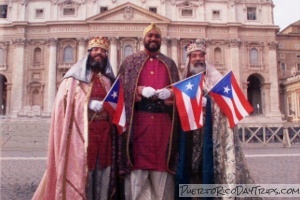 So, when in Puerto Rico, do as the Puerto Ricans do! 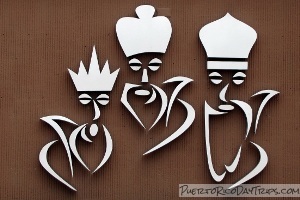 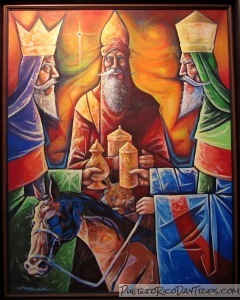 For those who do not know the bible story … When Christ was born in Bethlehem, a large star appeared in the sky. Three kings, from far away lands, saw the star and knew that it meant that a great king was born. So they traveled to pay their respects, and brought gifts of gold, frankincense, and myrrh for the baby. It took them 12 days to get to Bethlehem, traveling through deserts on camels. The arrival of the kings is celebrated as the Epiphany, or Little Christmas.

These beloved figures and their message of gift-giving is how Christians of many nations still celebrate Christmas (the Birth of the Christ Savior).

In Puerto Rico, that tradition is alive and well. Right after Thanksgiving, kids write letters to their favorite King — either Gaspar, Melchor, or Baltasar — asking for those gifts that they would like to receive for Epiphany (locally known as Día de Tres Reyes Magos or Three Kings Day). Then, on the night of January 5, they place grass or hay in a box under their beds for the Kings’ horses (we don’t have camels), and in the morning of January 6, the box has been replaced with gifts! 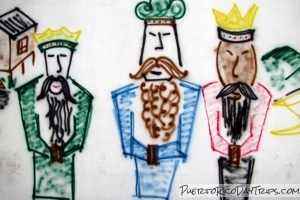 But this tradition is no kids’ play. This is serious stuff, especially in the town of Juana Díaz, where it all started in 1884.

The 3 men that are chosen to depict the Three Kings are required to act, memorize and "be the king" they represent according to Church doctrine. There are special costumes, vehicles, and routes that are used every year. Juana Díaz is also known as "the Bethlehem of Puerto Rico", due to the traditions they so diligently follow surrounding the Three Kings. Even their local graffiti is Three Kings based! 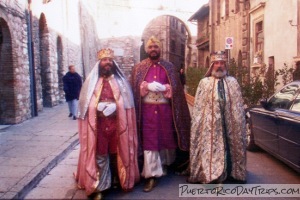 If you want to experience some of the tradition yourselves, you should make a point to be in Puerto Rico from January 1 to 6. The Three Kings travel around the island, visiting different towns and children’s hospitals.

But the big Three Kings’ procession is in the town of Juana Díaz on January 6. On that day, the whole town, and thousands of visitors and faithful, (mostly dressed as shepherds) follow the Three Kings from the museum to the town square were mass is held. After mass, it becomes a huge, festive, fun, family-friendly event with food, music, artisans, and more. 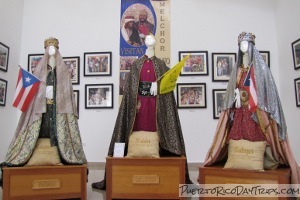 The Three Kings Museum Casa Museo de los Santos Reyes) is a small museum in Juana Díaz that contains all things Three Kings. A bilingual guide (it is best if you can call ahead to make sure he is available) escorts you around the museum, explaining the artwork and displays. 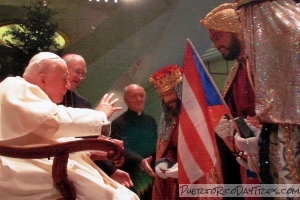 The second museum building has artwork by Puerto Rican artists depicting the Three Kings. The downstairs display changes throughout the year, to showcase various artists’ work. The upstairs has other artwork, sculptures and wood carvings of religious figures known as Santos (another great Juana Díaz tradition).

While we found the museum interesting, I don’t know if you need to go out of your way to visit it. But if you are in the area, it is worth a stop.

We had a lot of fun talking with the guide. He told us his experiences with the Three Kings, from writing letter as a little boy, to the processions in Juana Díaz that he has attended every year, and about how, as a youth, he was one of the Kings’ helpers. He even shared stories of some bloopers and wardrobe malfunctions from past Three Kings parades! 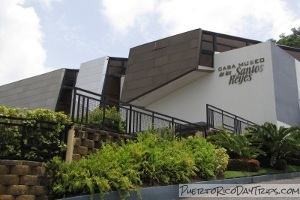 Admission to the museum is $3 for adults; $2 for kids under 12 and seniors over 60. There is a (free) parking lot at the museum.

The museum is open Wednesday to Sunday, from 10am until 4pm.

Allow an hour or 2 to go through the museum.

You can call the museum at 787-260-0817 for more information. And see if they have an English speaking guide if you need one. 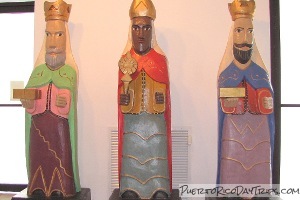 You can visit the Los Reyes de Juana Díaz web site (in Spanish) for more information.