Printed on 17 May 2022 from
PuertoRicoDayTrips.com

A Visit to the Tibes Indian Ceremonial Center

1/21 Covid-19 rules apply- Museum is open and you can walk the grounds and see the petroglyphs and stone ball parks. But you may need reservations before going- call 787-840-2255 . 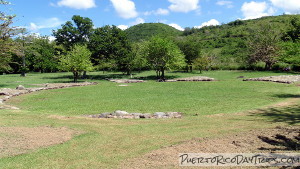 I have this "thing" about ancient civilizations and their cultures. I find it so interesting to see what they left behind. Luckily, Puerto Rico has a rich history of indigenous peoples and a number of artifacts scattered across the island.

The Tibes Indian Ceremonial Center (Centro Ceremonial Indígena de Tibes, in Spanish), located just outside Ponce in the south-west of Puerto Rico, is the most important archaeological site in the Caribbean. The center offers some really nice information and examples of the Igneri, pre-Taíno and Taíno cultures of ancient Puerto Rico.

This lovely place was uncovered in 1975 after the river flooded and washed away some of the top soil. Archaeological excavations have discovered artifacts from civilizations from around 25AD. They have already found so much. Who knows what else remains undiscovered? 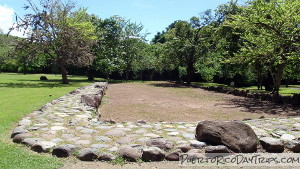 We first went to Tibes about 18 years ago. A lot has changed since then!

Every year, archaeologists return to the Center to do more excavations and research. So far, they have uncovered 9 ball fields (bateys), 186 burial sites, and 3 ceremonial plazas.

They have been able to determine many of the Taíno customs and purposes of some of the artifacts found here by studying the Indian tribes of Central and South America. They have even found ties to the Mongolians. One can only imagine the trip these original people had to make to get here. It is mind blowing!

A Visit to Tibes 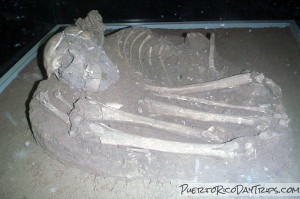 When you get to the Center, you are directed to visit the museum first. It is a great museum! It had lots of artifacts and bilingual (English/Spanish) placards that explained all about the people that lived in, and used, the area. There was even one of the skeletons on display, just as he was discovered — in a fetal position.

They have an interesting 15-minute bilingual video about the center, the archaeological work they are doing, and their conservation efforts. It was an interesting video to watch.

After touring the museum and viewing the video, if there is a guide, you meet your tour guide who takes you out into the archaeological site itself. If no guide, you can just walk out to the ball fields yourself. Put on bug spray as the mosquitoes are hungry! 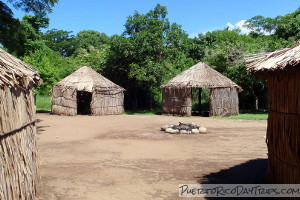 After crossing a bridge, you walk along a path where they are growing the trees that the Indians used for food, shelter, canoes and all sorts of other purposes. You can go right to the ball field (or batey) area. Here, you’ll be able to view 2 ceremonial plazas and 7 ball fields. The ball fields were used to play a game with a large rubber ball. The fields vary in size, but they are really just a plot of land surrounded by rocks. 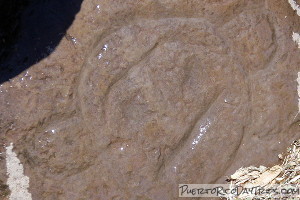 At Tibes, each of the ball fields are identified by what was found in each one or by the shape/orientation of the field itself. One is referred to as the bat field because that is where the researchers found pottery with bat designs. Another is called the horseshoe field because of the shape.

The archaeologists found the majority of the burial sites in the largest of the ball fields. This was also the one that had a few petroglyphs on the rocks surrounding the field. Intermixed with the ball fields were the plazas that were used for ceremonial gatherings and other meetings.

In addition to the museum and ball fields, Tibes has a gift shop, snack bar and clean restrooms. I would suggest sunscreen, bug spray, and water when you go out on the field.

Admission is $3/adult, discount for children under 12 , seniors, handicapped, students (with ID). Adults over 75 and kids under 5 are free. You usually pay at the gate. But if there is no one at the gate, go to office for your tickets and tour information. I hear it is Cash only. 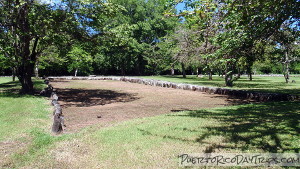 The Center is open Tuesday through Saturday from 9am to 3:00pm. But get there by 2pm just in case!). Closed on Monday (unless it’s a Monday holiday, then they’re open on Monday and closed on Tuesday).