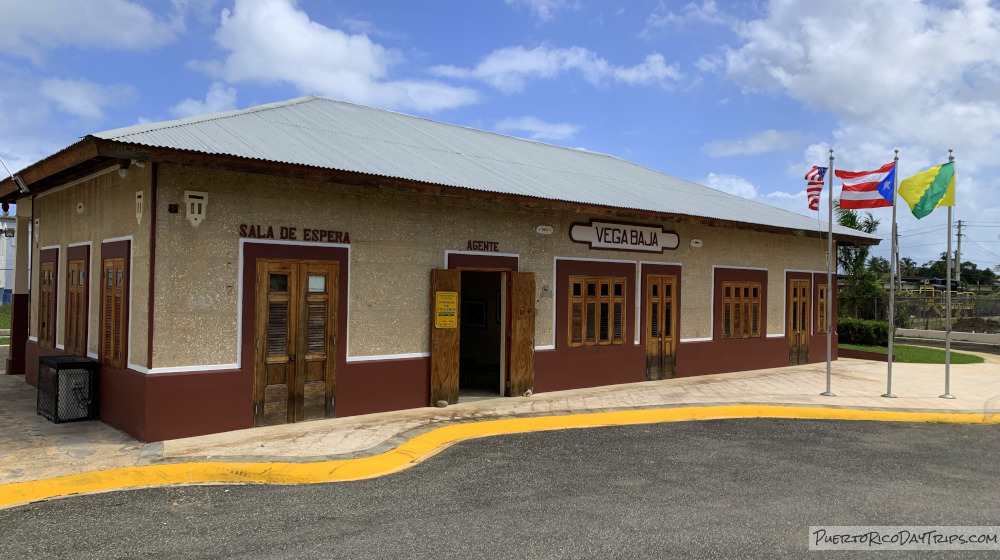 Learn about the History of Trains in Puerto Rico

There was once a time that trains traveled almost completely around the island of Puerto Rico. There were multiple trains used to move people, cargo, and sugar cane from place to place. But that all ended in the 1950s, and today almost nothing remains of the railroad system. However, Vega Baja has restored their old train station and turned it into a museum. It is really interesting to learn about this forgotten piece of Puerto Rico’s history! 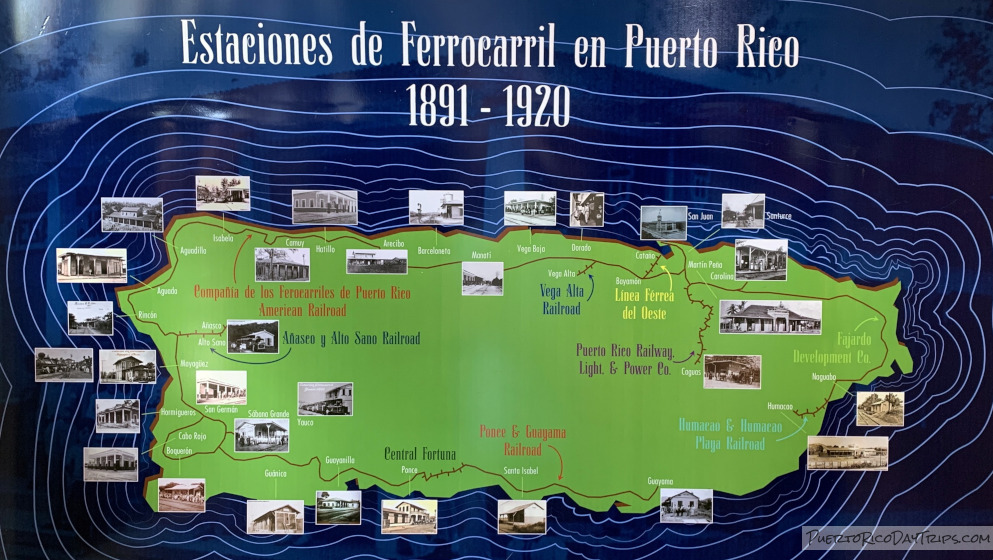 Located in Vega Baja, a north coastal town, this museum is about 30 minutes from the San Juan area. Vega Baja has a long history associated with sugar production. The town is called the city of “Melao Melao” (which is sort of like molasses, derived from sugar can juice). Originally, there were lots of sugar plantations/haciendas, and later the first large sugar mill/factory in Puerto Rico — called Central San Vicente, it opened in 1873 and closed in 1967.

The first train system started in the 1880s, and ran from San Juan to the other larger nearby aread, and then the west … including Vega Baja. At the same time, they were working on a number of other train lines that would eventually connect almost all the coastal towns of Puerto Rico with tracks. This train system was vital for the people and economy of Puerto Rico at that time. When cars became more popular, the train system faded and made way for highways. 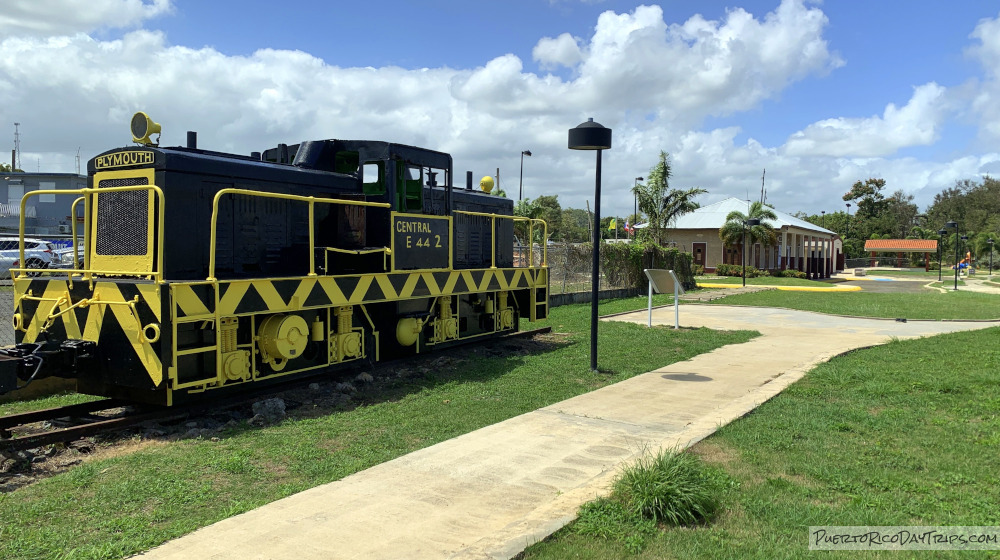 Vega Baja (with its large sugar mill) was so important that their passenger train station was reconstructed to brick in about 1933. This was lucky, since it has survived all these years (as many of the original wooden train stations are long gone). It is this newly refurbished building that is now a museum, dedicated to the train system of old.

This museum just opened earlier this month. At the moment, they have one guide, so hours are limited. But it is worth a stop to learn about the system. There is a video of all the stops of the train (in its heyday). The photos are great! Then the “waiting room” area and “agents office” has been converted into a museum dedicated to the rise and fall of the train system in Puerto Rico. The placards are all in Spanish, but our guide Joshua gave a great tour, translating and telling stories about each display. He was really into it, and made the topic very interesting. Joshua is making an English language brochure about the place, so even if he is not there, English speakers can understand the displays. 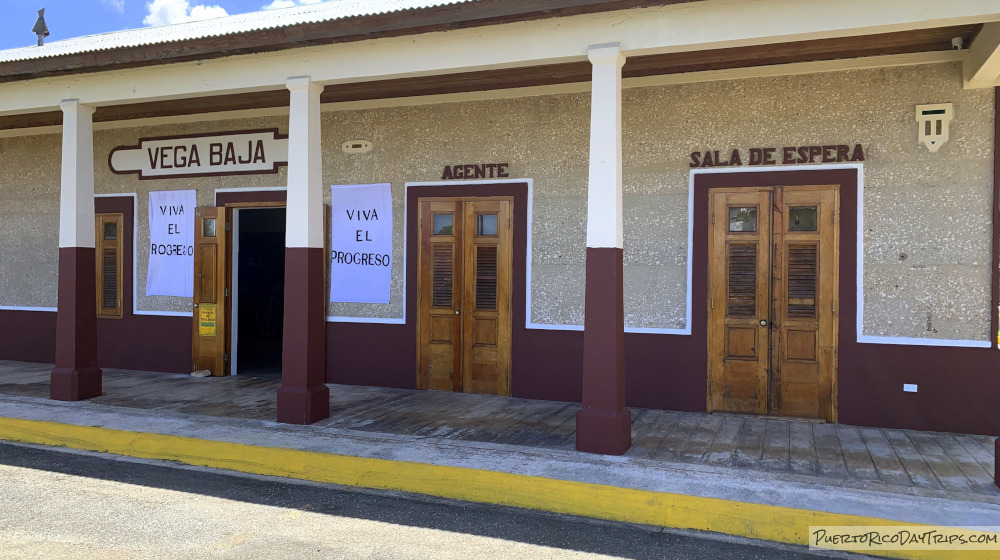 The town did a great job refurbishing the building, leaving some of the original brick and architecture of the roof on display. It still has the original floor, and you can see where the benches used to be attached. They tried to make the outside match the original as well, with signs for the different rooms. Outside the building, they have a locomotive and a sugar cane cargo car on display. 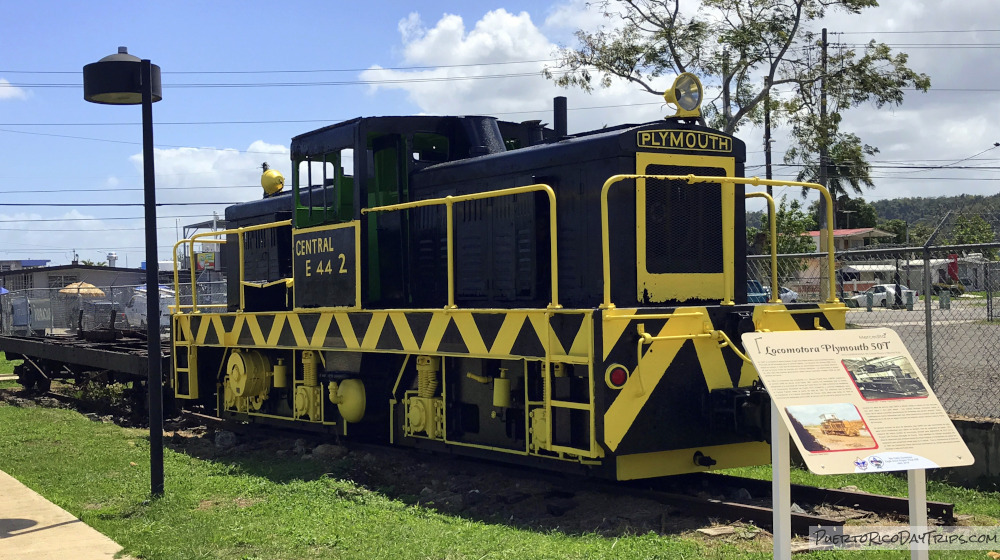 Admission is free. Parking area is to the far left as you drive in the gate.

Allow about 1 hour to view the museum.

There are restrooms, located in the small building near the parking area.

The museum is located off Road 686 (or Road 6172 on Google Maps). It is a little tricky to find the entrance – it is the thin drivey-like street on the left after Calle A (behind the law office). You can see the locomotive from the street, so use that as a guide to find the entrance.