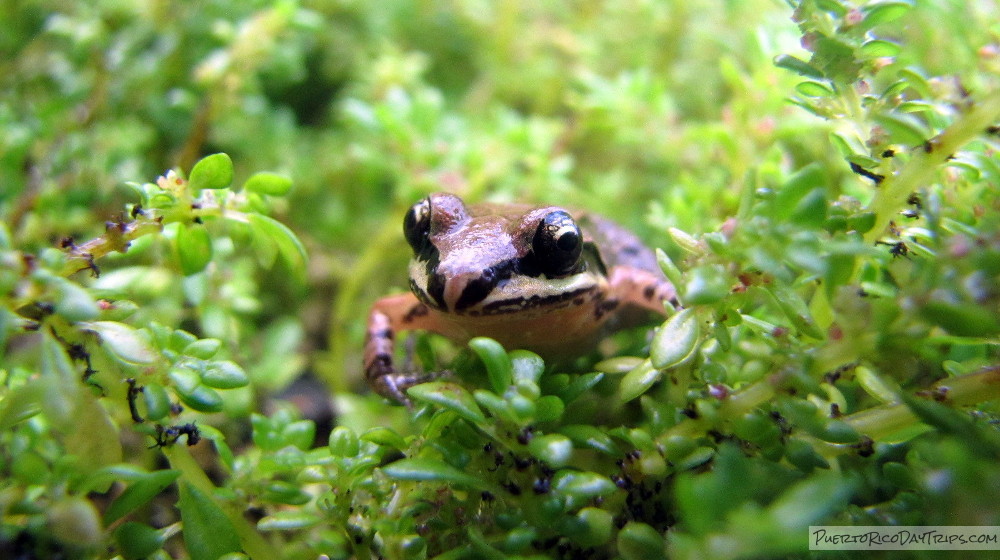 Discover the Wild Side of Puerto Rico 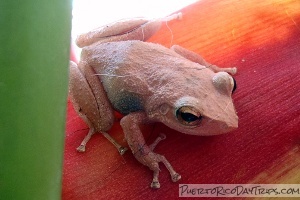 Puerto Rico has lots of wonderful things to do, see, eat and listen to. One thing it is lacking is any form of "exciting" wildlife. I know that when you hear El Yunque rain forest you think of all sorts of colorful and exotic animals — like monkeys, jaguars, and macaws. But you are not going to see those here. This is because Puerto Rico was formed from an underground volcano — the island rose up from the ocean floor. So, while we do have some nice reefs and varied aquatic wildlife (including mammals, such as whales and manatees), we have a short list of land-based animals.

Puerto Rico has a very varied geography — dry forest, rain forests, mountains and flood plains. So you will find different sorts of animals in different areas. Generally, you will different types of birds, insects, reptiles, amphibians and mammals. The average person visiting will see/experience a few of the more typical animals, but most people will not see most of the animals that call Puerto Rico home. You will need to really look to see them!

There are not a huge number of endemic species (native to Puerto Rico) left on the island due to the human population growth and development of land. Many of the native species are on the endangered species list. Due to the island’s volcano birth, I find it interesting how the origins of all the species in Puerto Rico is still questionable — how did they get here? Of course, most of the birds and insects arrived by flying, or on the wind. The reptiles and amphibians arrived as eggs or by accident. All the mammals were brought either on purpose, or by accident, by humans.

Here is some very basic information I find interesting on each of these land animal groups. 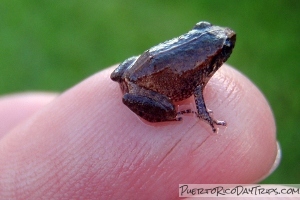 There are a few different amphibians in Puerto Rico, but one is most beloved by island residents. You can’t come to Puerto Rico and not see/hear at least a few members of this class. Of course, I am talking about the Coqui frog.

There are actually a number of different species of frog (and they look and sound different!), but to most people, any little frog is the Coqui. They like the moist plants, so they are abundant in the rainforest, but you can hear them anywhere there is some fresh water moisture and dark hiding spots. 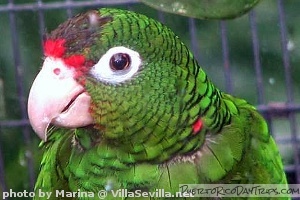 There are a number of endemic birds, and loads of migratory birds. Bird watching in Puerto Rico is very easy. The most "famous" bird in Puerto Rico is the Puerto Rican parrot. It is a medium-sized green parrot, and it is severely endangered, so you will probably not see it. We do have many Quarker parrots around, so many people confuse the two. Hummingbirds also are plentiful on the island, so just keep an eye on the brightly-colored flowers and you will see them. 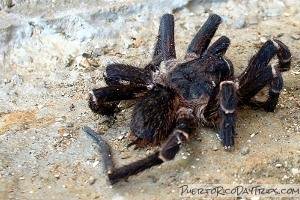 Of course, Puerto Rico has the usual insects like mosquitoes, spiders and roaches. But, besides those, there are a few more "exotic" ones. One thing I find interesting to note is the size of some of the bugs — they can get pretty large here. You will notice the large snails, beetles and walking-sticks in the rain forest.

Naturally, what would a tropical island be without some frightening bugs, like tarantulas, scorpions and the large centiped — we have them, too! But those are not so commonplace — unless you are really searching in the right locations, you will not see these guys. 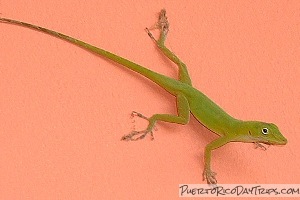 This class of animals seems to have the largest representation on the island. We see them everyday. Mostly the little lizards (actually called anoles) — they are everywhere!

There are a number of different varieties, with all sorts of markings and behaviors (it is interesting to watch/see them). My favorites are the Emerald anoles, just because they are so pretty when they are green, and they can change colors! 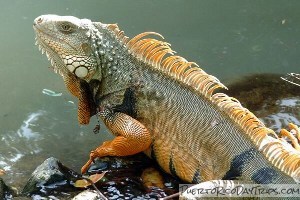 You may see larger lizards and even iguanas. The iguanas were assumed to have been someone’s "pet" that was "set free" (or escaped). Adult iguanas have no predators here in Puerto Rico (cars don’t count!), so their numbers have grown so much that they are actually a nuisance! There is also a small crocodile, called a caimen, that can be found in low-lying, wet areas.

I admit that I am not a big snake lover, but I do admire their beauty. For the average person, seeing a snake in Puerto Rico is a rare event. You have to be in the right area, and know where to look, in order to have a good chance of seeing one. 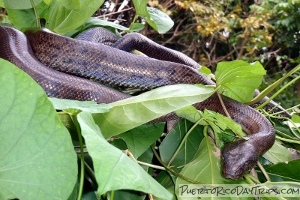 Recently at our house, we have been able to watch a pair of Puerto Rican boa constrictors. They enjoy sunning themselves on our mulch pile. These are large, graceful snakes, and unfortunately they are on the endangered species list.

Puerto Rican racers (another type of snake) can sometimes be seen, though not often. These are mildly venomous, slightly aggressive and can be recognized by their little cobra-like "hood" that they spread when they get annoyed. It is not my favorite snake! 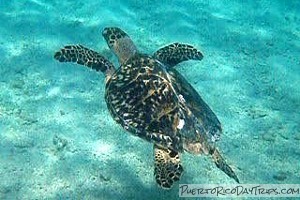 And of course we have simple garden snakes around and I have even seen an occasional "blindsnake", that lives underground (I occasionally see them in the soil of my potted plants). We have seen all four of these types of snakes on our property in Río Grande, though it is not an every day occurrence thank goodness!

One of my favorite reptiles is the sea turtle, who come onto land to lay their eggs. I am still hoping to see a hatching one night!

All land mammals that are here came with the humans (except bats that flew here). Mongoose were brought to control the snakes, mice & rats came on the sailing ships. Then, all the domesticated animals like horses, cows, dogs, cats were brought over time. There are some research monkeys have escaped from a lab in the south-west that are destroying food crops. PR does have in the waters surrounding it a variety of sea mammals, like dolphins, manati and whales.

The Federal Forest Service webpage for El Yunque has a nice series of pages on wildlife you might see in the rain forest.

Now that you know what to look for, come to Puerto Rico and keep your eyes open for some of our wildlife!

Be careful around wild critters on the island. Don’t harass or torment them. Don’t try to handle them. Some are poisonous, some have rabies … and some just bite or sting. In any case, none of those encounters are likely to add any enjoyment to your vacation.