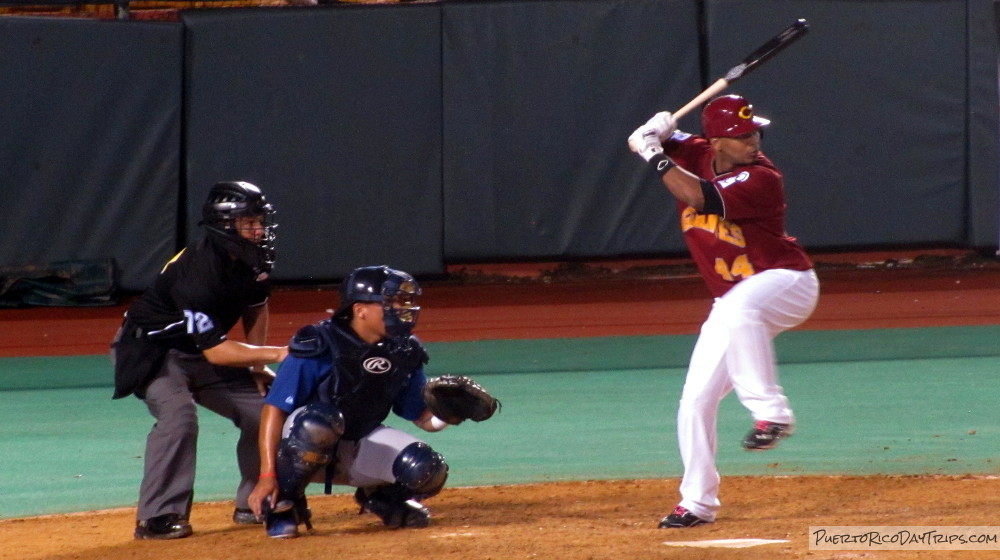 New season dates are posted! The games start on 04 November 2022!

Though you may not be able to buy "peanuts and cracker jack", a baseball game in Puerto Rico is an economical and fun evening out. Every winter (from November through January), baseball heats up on the island. Not only do we have local players on the teams, but some of the US league players come down to keep in shape and play in their off-season.

So, if you are having baseball withdrawal, catch a game while you’re here — I don’t think you’ll be disappointed.

For over 70 years, Puerto Rico has had its own baseball league. A number of the local athletes that have played in our league have gone onto bigger things, like the Major and Minor leagues in the States, and other divisions and leagues around the world.

The winners of this league go on to participate in the Caribbean World Series.

The 2022-2023 baseball season starts on November 4th. This season, there will be 6 teams from around the island playing in the league.

The teams in the league this year are:

There will be 50 games played throughout the season. Last regualerly scheduled season game is Jan 4th. Then there will be Semi-finals games will be played a few days after that and then the Series Finals will between the 2 winning teams. Then the winning team will go on to Serie del Caribe (Caribbean Series), in February 2/2/23-2/10/23 in Gran Caracas, Venezuela.

The Roberto Clemente Baseball League schedule (as found on Facebook on June 6, 2022) is posted below. Games will be played on Tuesdays, Wednesdays, Thursdays, Fridays, Saturdays and Sundays. A rare game on Monday, usually for rain dates. Note- on the schedule, the first team listed is the visitor and the second team listed is the home team (at their home stadium). For example, the first game on Nov 4th is Mayaguez vs Caguas. This means Mayagues will be playing Caguas team in Caguas home stadium . 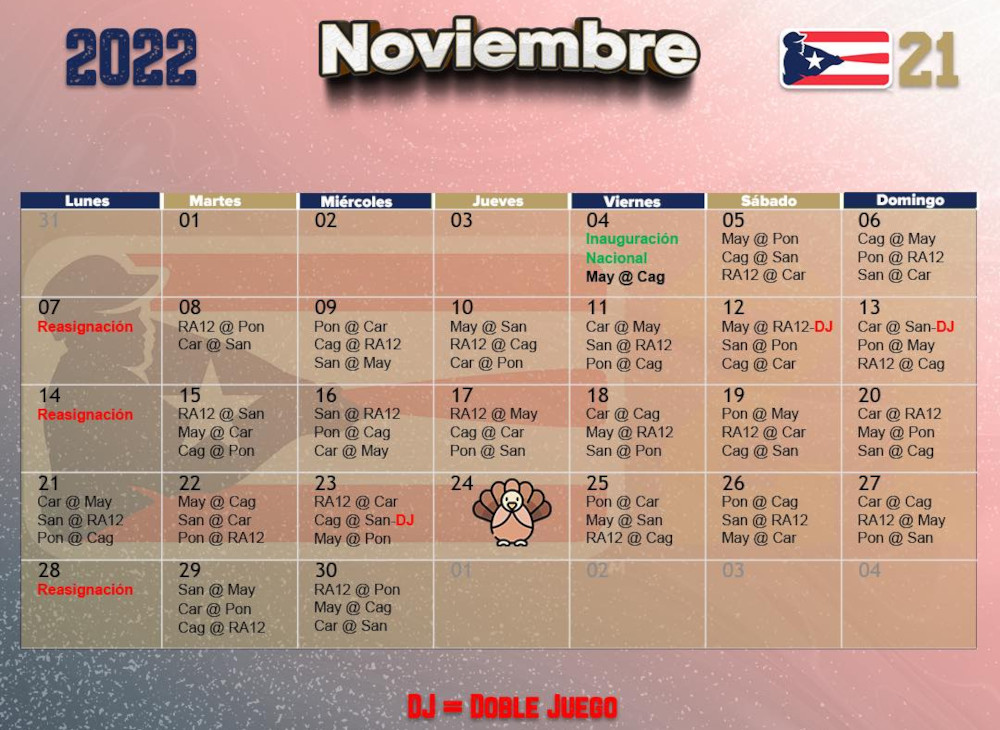 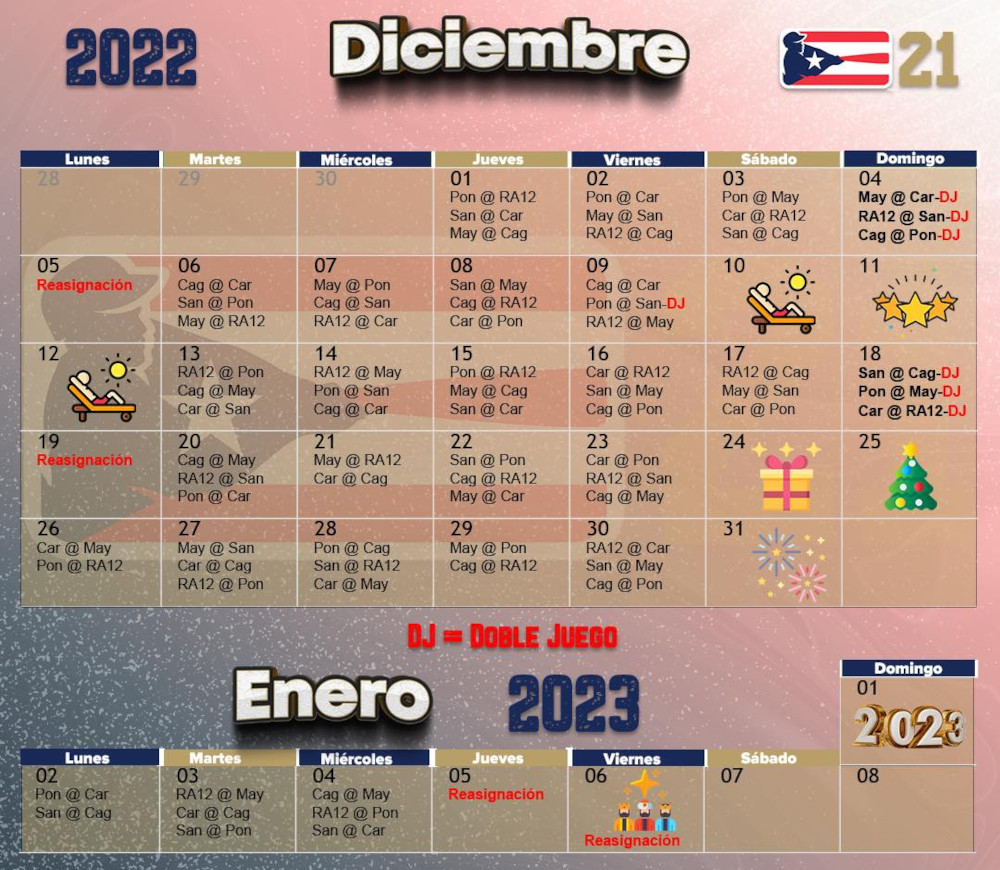 The games prices vary, but they are not too expensive. Get ticket info here. Games will be televised on WAPA Deportes and live on the teams’ Facebook pages.

Check schedule to exact times as they are variable. Game times vary by day of week and stadium, so make sure to check the schedule at the top of the page for start times.