Tease Your Taste Buds at a Food or Drink Festival 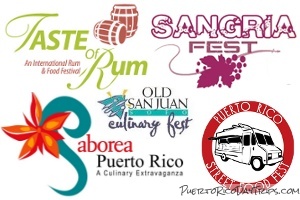 If you are a foodie, then Puerto Rico is a place for you! Besides the multitude of award winning chefs and restaurants (and lechon in Guavate!), there are a number of special food festivals and events held throughout the island every year. They range from local specialty-food celebrations to professional chef competitions.

Usually, along with the food, you will find a variety of delicious drinks to enjoy. There is even a rum festival in which, besides being able to try the different brands of Puerto Rican rum, you can taste food prepared with rum as an ingredient.

These food events occur throughout the year, but the exact dates are usually announced only a few months in advance. Make sure to keep checking our Event Calendar to get exact dates for upcoming events (posted as soon as we know them). Then get ready to enjoy Foodie Paradise!

Culinary Festivals of All Shapes and Sizes

If you make the time to attend one of the food festivals, you’re sure to find a lot of the best food in one spot. Most of these festivals showcase chefs from some of the top, local restaurants who prepare special dishes just for the festivals. 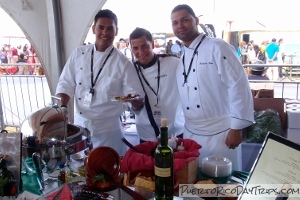 The settings vary for these festivals. Some are street festivals, and some are more staged, being set up in convention centers or other special venues.

Just like the name implies, street festivals are held on the sidewalks and in the street. They close the streets to vehicular traffic, set up tables outside of the restaurants, and you get to stroll around, checking out each restaurant’s dishes. Some restaurants will set up tents and cook along the sides of the streets. You can easily bounce from restaurant to restaurant (paying at each for what you eat) for different courses, picking your favorites along the way. 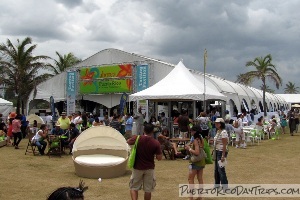 At the other end of the spectrum are the more organized events held in convention centers or other special venues. These are large events where you pay one price to gain admission to a closed venue. Usually, the admission price entitles you try everything — sometimes it is unlimited, sometimes there are limited samples. Other times, there is an admission fee to get into the even, and then the special food/drinks are available for sale.

It’s at these special venue events that you can expect to find celebrity chefs and competitions. These events can be indoors or outdoors — be sure to check so you know how to dress.

Many towns here in Puerto Rico have a fruit, vegetable or special dish that they call their own, and they celebrate it with an annual, town festival. They will have this special ingredient prepared a bunch of different ways for you to enjoy. 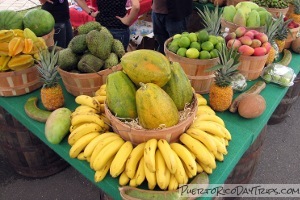 Some towns are famous for their festivals (like the Coffee Festival in Maricao) and some are pretty obscure (like macabeo fritters in Trujillo Alto). But the one thing that all these festivals have in common is that they are a taste of the real Puerto Rico that many people crave.

These town festivals occurs around the same time every year, but exact dates are not usually advertised until a few weeks beforehand. We’ll post dates in our Event Calendaras soon as we know them. Your best bet, to find out exact dates and location, will be to call the town offices. 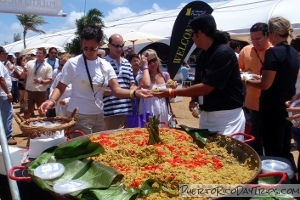 As an added bonus … Here in Puerto Rico, it wouldn’t be a festival without music. There is almost always live music shows during all of these events. Many of the festivals also have cooking demonstrations and special guest stars.

These festivals are widely popular, so expect crowds. Get there early to get good parking and to miss some of the late crowd. And come hungry and try it all!