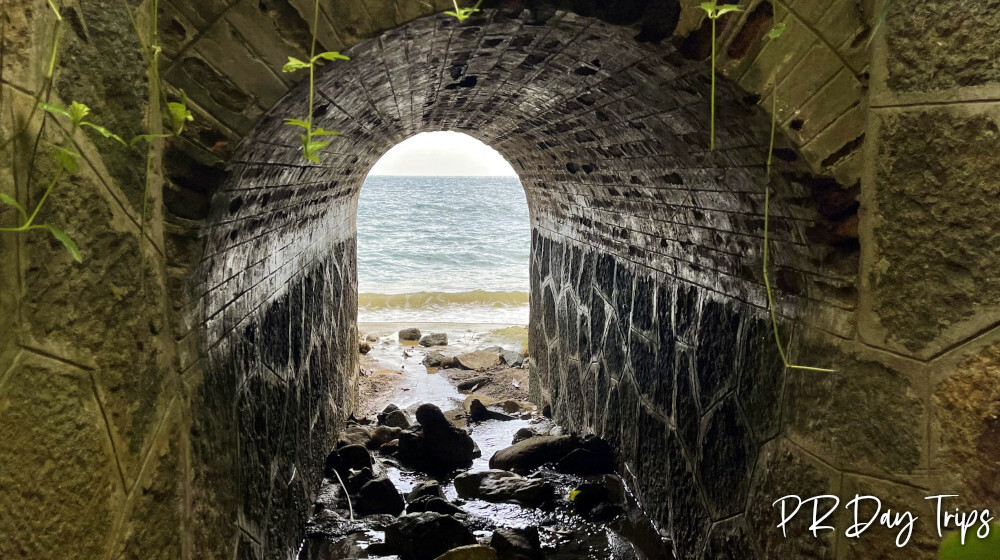 Tunnel of Rincon – A Drainage Culvert that Makes Nice Pix!

Back when sugar production was a thriving industry in Puerto Rico, there was a railroad system that circled most of the island. Though the railroad is gone, there are some reminders of that by-gone era. In the Rincon area, there are a number of “tunnels” whose purpose was to divert rainwater away from the railroad tracks so that the tracks didn’t wash out. Today, those “tunnels” serve a different purpose – Instagram-ready photo spots!

In the early 1900s, the railroad ran right along the shoreline, and massive stone sea-walls were constructed to protect the tracks from storm surge. But walls that keep water out also keep water in. When there was heavy rain in the interior of the island, streams would overflow, and all that rainwater needed to get to the ocean. The problem was addressed by putting culverts or “tunnels” in the sea-wall to allow the rainwater to drain to the ocean.

Today, the railroad is gone, and some of the old railways are now paved public roads. But some of those drainage tunnels still remain. 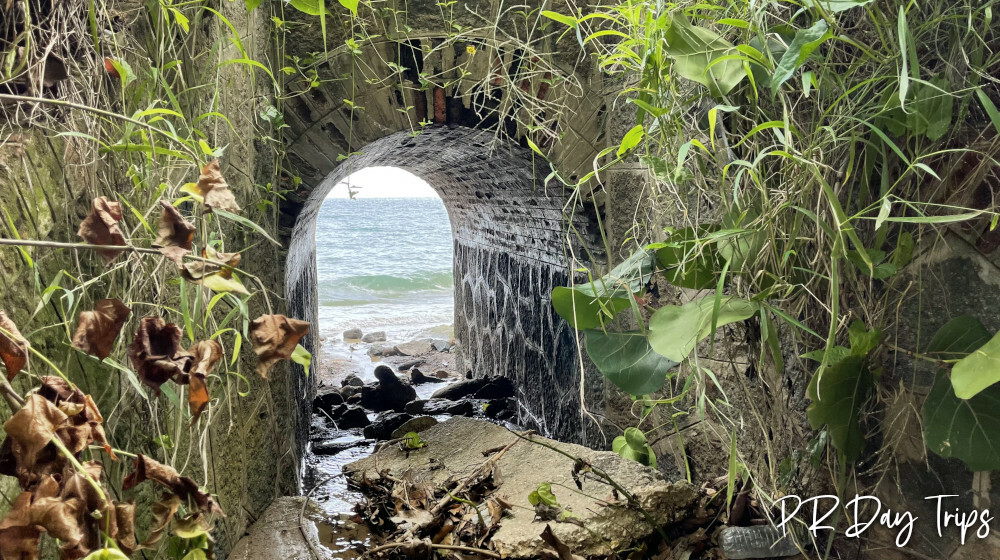 The currently popular tunnel for photos is the Túnel de Rincon. This little tunnel is located in the Barrero Beach area, under Old Railroad Way, which was the route for the train between Rincón and Añasco. You can access this “tunnel” from the water side or the land side. The land side was a bit overgrown and it was muddy. But it does make a cute photo!

Old Railway Road is a very narrow, 2-way road that is just one car wide in some places – without guardrails. So be careful driving on it!

Check this map if you are interested in the locations of more of these tunnels and other old railroad remnants.

There are a number of “tunnels” in Rincon, their job as to be drainage for water coming down streams or after rains, so the railroad tracks didn’t wash out. Besides the water erosian use, lately these tunnels had made many a pretty instagramable photo!

Back in the early 1900’s, The railroad went right along the shoreline. The railroad constructed massive stone sea walls along the coast to protect the tracks. They occasionally needed to put in culverts so the water that ran down the slopes to the sea could pass without damamging the rails system. Today, the railroad is gone and some of these railways are now paved public road ways. The newest photo tunnel is “Túnel” de Rincon. This little tunnel is located in the Barrero beach area. Located under Old Railroad Way, which was the route for the train between Rincón and Añasco. You can enter this “tunnel” from the water side or the land side. The land side was a bit overgrown and it was muddy. But it does make a cute photo!