If you’re looking for information about Puerto Rico at the 2016 Summer Games of the XXXI Olympiad in Rio de Janeiro, please refer to this other article we’ve written about the 2016 Summer Olympic Games.

The 2012 Summer Olympic Games have drawn to a close. In the end, Puerto Rico’s athletes garnered 2 medals. We are very proud of all of the athletes who represented Puerto Rico in London, whether they won a medal or not. Just being an Olympic Athlete is an achievement in itself! 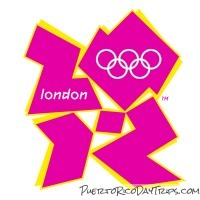 For 16 days, over 10,000 athletes representing 204 countries will compete in 36 different sporting categories.

Puerto Rico will be represented by 25 athletes at these Olympic Games. They will be competing in Athletics, Boxing, Gymnastics, Judo, Shooting, Swimming, Weightlifting, and Wrestling.

We’re compiling a collection of PR-specific video highlights down toward the bottom of this article. 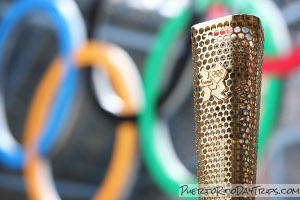 Prior to the 2012 Summer Olympic Games, Puerto Rico’s athletes have garnered 1 Silver and 5 Bronze medals, all in boxing. 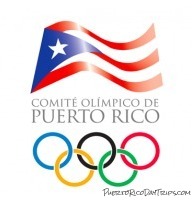 Today, it serves as a training facility, as well as a public use athletic, recreation, and activity center. It has facilities for shooting, mountain biking (MTB), cycling, boxing, swimming, gymnastics, martial arts, baseball, soccer, and track & field events. For recreation, it has a water park, a children’s water park, rock-climbing walls, miniature golf, a botanical garden, and a museum.

Images used in this article are credited to London 2012 and Comité Olímpico de Puerto Rico (COPUR).