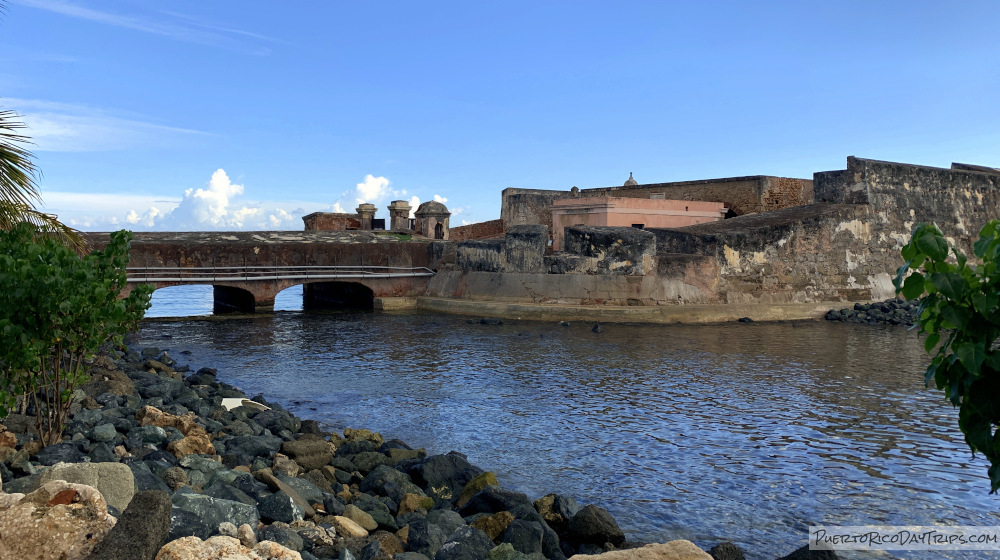 Many people don’t know that the Spanish defense system for the Old San Juan area comprised more than El Morro and San Cristobal forts. There were other smaller forts (fortíns in Spanish) at other areas where they thought the enemy could try to invade. Fortín San Gerónimo del Boquerón was a small but, vitally important, part of the Spanish defense system back in the 1600s, 1700s, and 1800s. You can visit this fort today, while it being refurbished to its former glory. They offer tours, and there are informational boards around to help you understand the importance of this little piece of Puerto Rican history. 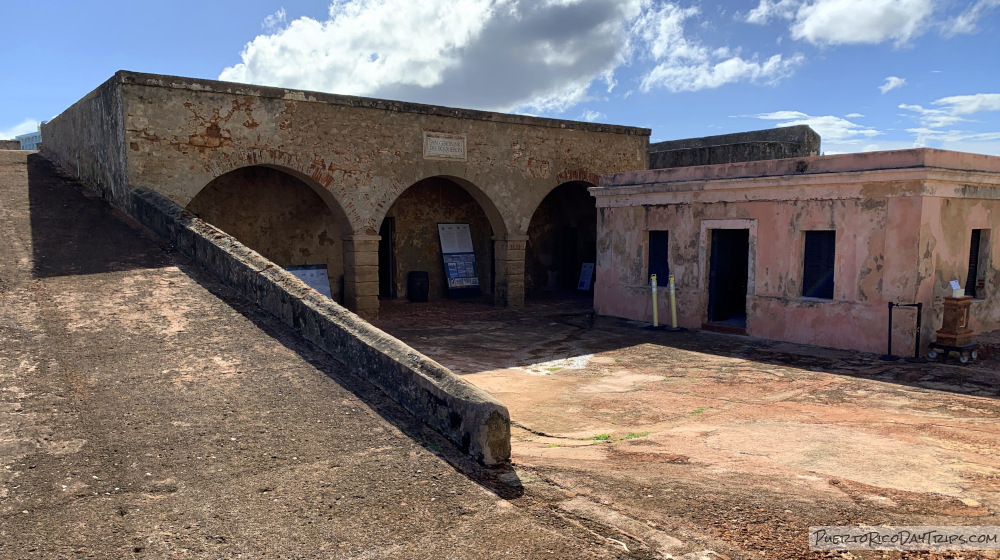 Owned by the Institute of Puerto Rican Culture (Instituto de Cultura Puertorriqueña or ICP, in Spanish), this fort has stood abandoned and unmaintained for years. Time, the elements, and vandalism have all taken their toll on this historic structure. That was until 2018, when a small group of volunteers (Friends of the San Jerónimo Fort or Amigos del Fortín San Jerónimo) decided to rehabilitate it, and try to bring it out of its state of disrepair. They also want to spread the word on why this fort was so important to the defense system.

We had been to this fort a number of years ago while is was abandoned. We were impressed by the cannons and the structure itself, but it was a mess. So when I saw that someone decided that it was worth saving, I was so happy. This small group of volunteers has done so much work, and all with only donations! 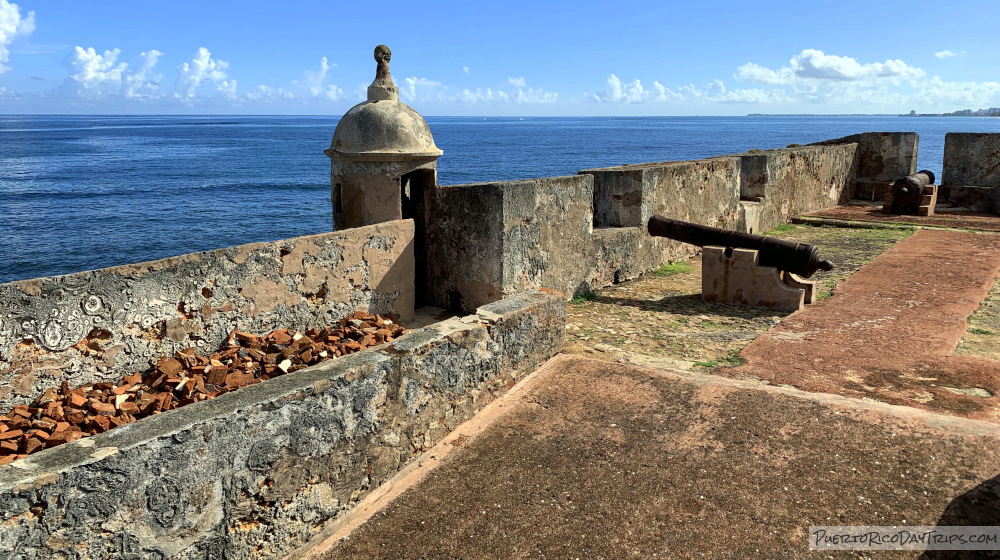 In 2018, a group of volunteers asked the ICP if they could work on the restoration of the fort. These Amigos del Fortín San Jerónimo met every Friday to work on the fort, first just cleaning it up, then doing repairs on walls and ceilings. It is still a work in progress as they have planned so many tasks to compete before they think they are “done”. They continue to meet weekly on Fridays to work on the restoration. If you have Friday to spare, they would most certainly appreciate some extra hands, if only for manual labor. The fort is open during the day during the week. They ask for a donation from people who visit the fort to help with supplies for the restoration process.

They fort has informational boards around (with photos) explaining the various rooms in the fort and fort’s history. But we felt a tour with a guide would give us much more insight into what it was all about. And we were right. I have been on many tours and think I know a decent amount about the history of Old San Juan, but I learned so much on this tour. It is well worth your time and donation! 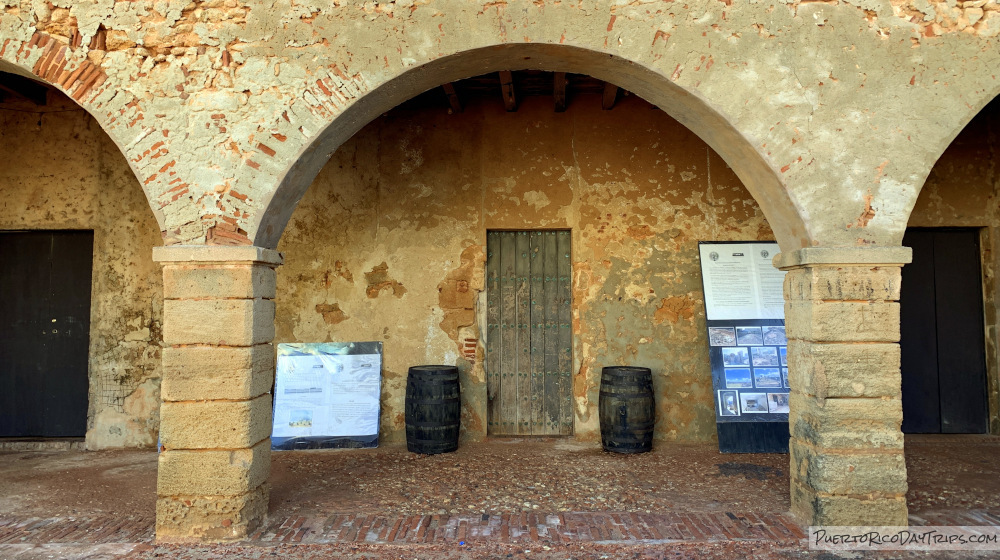 Our guide (Rafael) explained so much about the area, the fort, and its history. He also talked about the group of volunteers and the restoration work they are doing on the fort. One can’t help but be impressed by the immense task they set out to conquer.

He explained how vital this fort was shaping and strengthening the culture that defines Puerto Rico today. This fort played a major role in the British invasions in 1595 and 1598, the Dutch invasion in 1625, and the British (again) in 1797. Back then, there was no Caribe Hilton resort nor Paseo Caribe condo complex. The area was a nice entrance into the very safe and important San Juan harbor. Having a fort at the harbor entrance helped keep invaders out!

The fort was severely damaged during the invasion in 1598, but it proved so important that it was rebuilt in 1609 and enlarged again in 1799 to the fort that it is today. It housed between 15 to 60 soldiers at any given time. It has a kitchen, sleeping/living quarters, a well, water cisterns, the blacksmith shop, and a 2-seater bathroom! Built on coral out in the water, it had a bridge connecting it to the land (where the Caribe Hilton sit today). From the top of the fort, you can see the views of the Atlantic Ocean and Condado Lagoon. You can also see the cannons that the British left when they gave up their fight in 1797 (that were subsequently moved into the fort for preservation purposes). All very cool!

During the 1900s, when the American Army occupied the various forts in Old San Juan, there was a house for the Commander built on top of Fort San Gerónimo. After ownership of the fort passed into the hands of the Puerto Rican government, it was restored and opened in 1963 as a museum. But it closed when the Carib Hilton and other buildings in the area were built. The fort has been abandoned and unmaintained since 2008. 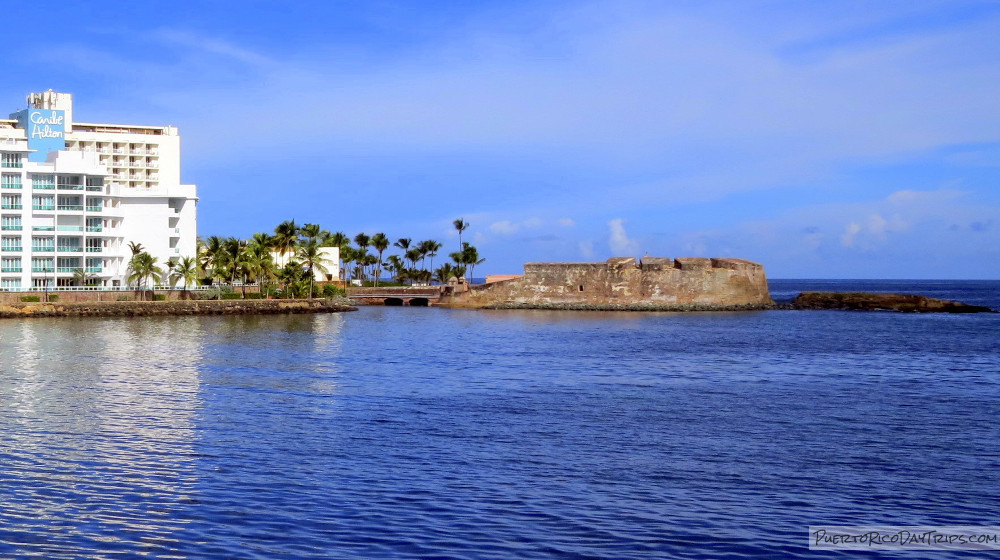 There is a suggested donation of per person to visit the fort. The volunteers need the money to fund the restoration process, so we strongly recommend that make a donation to the cause.

The fort is open Monday through Sunday from 9am to 2pm.

They may offer short tours (about 30 minutes) of the fort. An additional donation if you take the tour is recommended. Pre-covid, we went on one, we made reservation for the tour via Facebook Messenger. You can see if they are still offering tours and make sure to confirm that the English-speaking guide will be available.

They also offer special programs tours in Spanish on occasion. Check their Facebook page for info.

If you would like to lend a hand (and probably get dirty in the process) with the restoration project, stop by the fort and ask. I am sure any help would be appreciated.

Allow about an hour to see the fort.

You can get more information, and check their schedule on their Facebook page or on their Amigos del Fortín San Jerónimo web site.

The fort is a little tricky to find. It is to the east of the Caribe Hilton. Park in the Playa Escambron parking lot (or in the park across the street). Walk toward the Caribe Hilton, and go between the back of the Hilton (on your left) and the parking deck (on your right). Once you get to the water, walk to the left (the Caribe will be on your left and the water will be on your right). You’ll see the fort ahead, to the right.