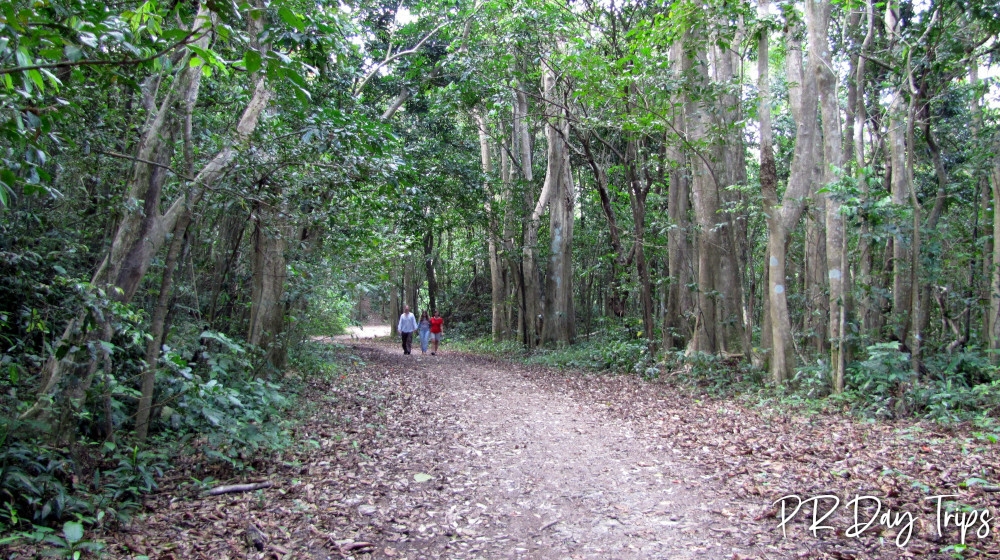 This park has reopened ! For walking, climbing, biking etc

Recently, we found a hidden gem in Bayamon — Julio Enrique Monagas Park. I amazes me that we didn’t know about this cool place until recently. This park is located just a few minutes outside of San Juan, and it offers both a unique nature respite for families, and amazing adventure opportunities.

It is a great place for bird watching, walking trails, picnics and playground fun, and just enjoying a little time out of the hustle and bustle of the metropolitan area, without having to go far. For the more active person, it also has bike (MTB) trails and lots of karst (limestone) rock walls, perfect for rock climbing. 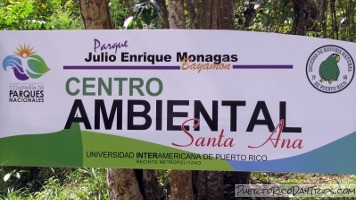 It is managed by Puerto Rico’s National Parks Department (Compañía de Parques Nacionales de Puerto Rico), but it is really the group called Centro Ambiental Santa Ana that keeps it alive. The centro provides educational programs for local schools and groups to study, appreciate and learn about conserving the environment. 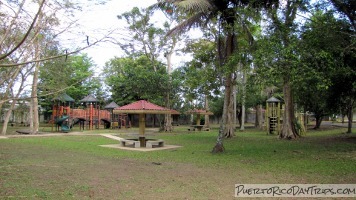 We happened upon this park while going to an plant swap in the spring. Our plant meeting was in the parking lot. But a quick survey beyond the parking area revealed picnic tables, covered picnic pavilions, children’s playground equipment, restrooms, and some families enjoying the day in the park.

We also saw LOADS of people on mountain bikes (MTB), and others carrying rock-climbing equipment. We knew that we needed to explore! 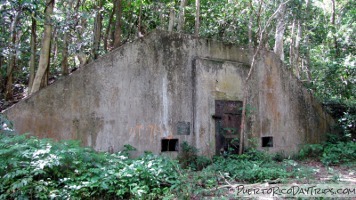 So after our plant meeting, we talked to some of the MTB guys to get the lay of the land, and we set out on an exploratory walk.

Our route took us up the hill from the parking lot, then onto the wide path to the right. Here we passed all sorts of old military bunkers (there are 78 Quonset hut bunkers set into the earth in this park). As it turns out, Fort Buchanan (which borders the park on the east side) used to use these bunkers for ammunition and equipment storage. A few of them have been restored, air conditioned, and converted into a conference rooms. The remainder are in disrepair. 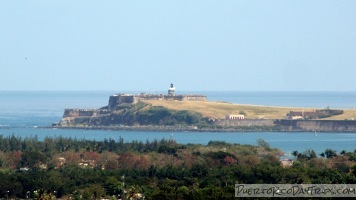 We continued up, went to the left at the tee, then followed road to the right. We eventually got to a wooden lookout tower that offered a great view of the metropolitan area, and Old San Juan. We had nice (distant) views of El Morro, cruise ships in port, and the Bacardi Factory in Cataño.

We spoke with a number of of the MTB guys, and they say this park offers one of the best "single track" system of MTB forest trails in Puerto Rico. There are loads of short trails that inter-weave through the forest. Hills, rocks, and exposed tree roots make the trails challenging and fun. 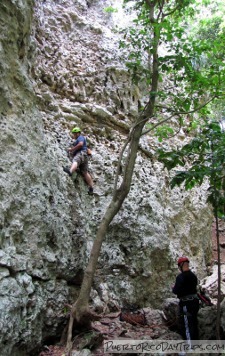 After the lookout tower, we set off to find the rock climbers. This rocky area is beautiful and watching the guys climb was really cool.

Some info for climbers — The area is known as Bayamon II. It has loads of anchors in the cliff side, and they say there are more than 100 routes that you can take, ranging from beginner to expert. The guys we watched/talked to were rock climbing instructors, and they said it was a great place to do it. We know of a few rock climbing excursion companies that use this area.

We took just a few minutes to walk around, and there were all sorts of little caves and beautiful formations in the limestone walls. This whole park deserves another trip to explore further. There were a few other walking routes we could have taken. We also may try our hand at rock climbing and rappelling!

The Puerto Rico Mounted Police and K9 Units have stations (and stables) at this park. There is a horse-riding ring on the road that leads to the police station. The day we were there, a local horse club was having a juniors’ jumping competition that we watched for a little while. 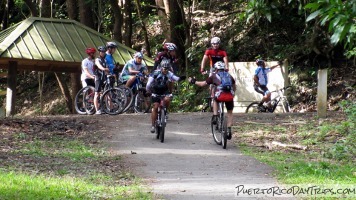 Entrance and parking $3 for cars, $4 for SUV and trucks.

Open Wed-Sun during daylight hours. Occasionally, they have night-time activities at the park.

If you are going to the park to walk/hike, wear sturdy shoes or hiking sandals (like Keens or Tevas), and take plenty of water.

There is some information on the Parques Nacionales web site

For information for educational seminars and other learning opportunities, and possible guided nature tours (best for groups) call (787)740-4200 . They also have an air conditioned areas for rent for parties or group conferences. 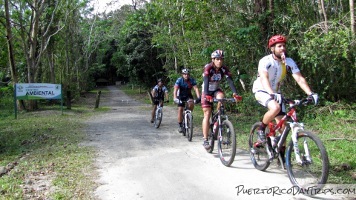 For Rock Climbing and Rappelling

The park is a little difficult to find, it is tucked away behind an industrial area in Bayamon. The entrance on Route 28 KM 4.2, just east of the Goya facility. There is a small sign on Route 28 where you turn, then you have to drive down the road a little bit past some fruit-packing businesses.