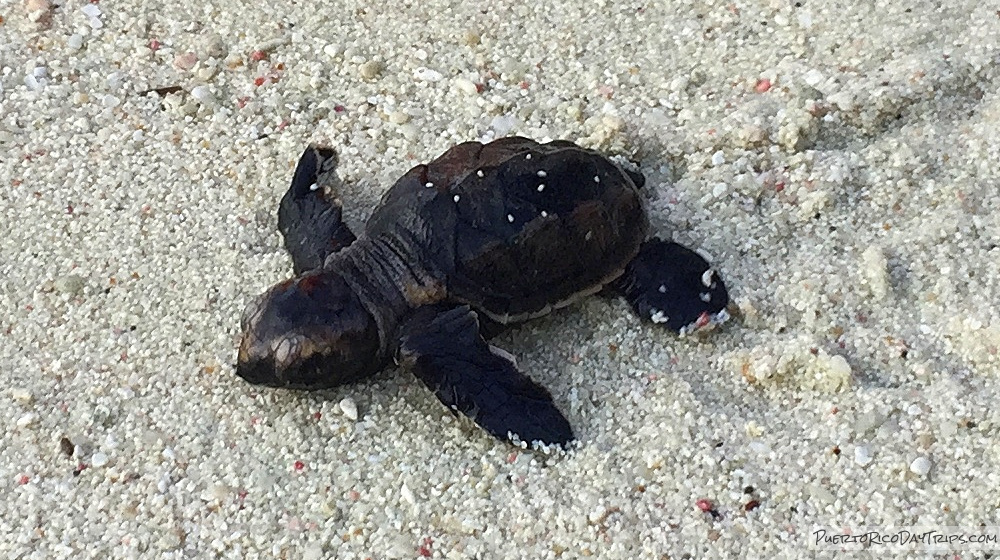 Welcome the Turtles at the Luquillo Tinglar Festival 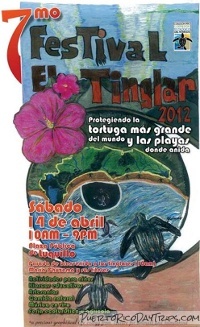 I like turtles. I also like town fairs and promoting environmental causes. So when April comes around, we head (and encourage you to, also) to the Luquillo town plaza to celebrate the annual Festival el Tinglar (or Leatherback Turtle Festival). Since 2006, the Sierra Club (in cooperation with the town of Luquillo) has sponsored this event to help promote awareness and conservation of the wonderful natural environment in this part of Puerto Rico.

This year’s Festival el Tinglar is on Saturday, 5 May 2018, from 10am until 10pm in the Luquillo town plaza.

Luquillo has many miles of beautiful, undeveloped coastline that is perfect for many different sea turtle species to come to and make their nests throughout the year. But, most importantly, the endangered leatherback turtles (tinglars) make their way to the shores of the Northeast Ecological Corridor to lay their eggs, usually starting in mid-March.

Just 10 to 15 years ago, only about 90 nests were recorded on Luquillo’s beaches. But over the last few years, the numbers have increased dramatically. There have been reports of over 450 nests here in 2009, making this stretch of sand one of the most important nesting sites for the leatherback turtle in the Caribbean! 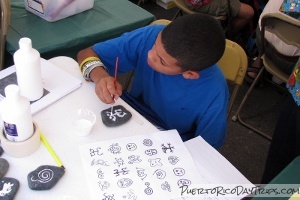 We are hopeful that — with continued education about preservation, maintaining clean beaches, and keeping the area in its natural, undeveloped state — Puerto Rico can continue to help the species make a comeback.

This festival is not just a party, with food, artisans, craft shopping, and music — though it does have all that. It is really an educational event, for the whole family, in disguise.

Though mainly focused on ecological issues, there are lots other important and interesting information available. But it is not just boring reading — they have lots of tables and areas set up for kids to make arts and crafts related to the theme (such as recycling, Puerto Rican culture, or turtles) for free. Note to parents — Bring a bag because the kids will make you lots of souvenirs! 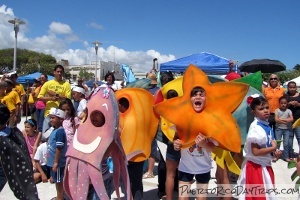 The festival starts at 10am with a parade, where children and adults dress up in ecological and nature-themed costumes, though turtles are the main feature. Though it is not a requirement, many of the costumes are made from recycled materials. It is so cute seeing the little kids dressed up for the parade, which runs along La Pared and then into the town square.

After the presentation of awards, and just a little information from the Sierra Club about their local conservation successes and the issues facing conservation, the rest of the day and evening are filled with music, food, and dance shows. 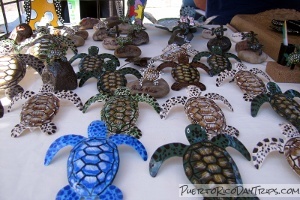 There are artisan tables set up throughout the day and evening. Here, in the craft area, you will see the turtle-theme repeated over and over. But there are crafts and art of all kinds, not just turtle-related. There are a number of artisans who work with only natural or recycled materials. I think there were over 70 vendors during the 2012 event. Lots of neat and unusual things.

On 03 April 2012, the folks on Navío Beach in Vieques were treated to a rare sight — a female leatherback turtle came up onto the beach during the daytime to make a nest and lay her eggs. This video will give you a good idea of the size of these awesome creatures that swim in our oceans. These amazing sea turtles return to the same beach where they were born, year after year, to dig a nest in the sand and lay their eggs.

Thanks to the folks at Kinetic Illusions for making this video and putting it on YouTube for everyone to enjoy! 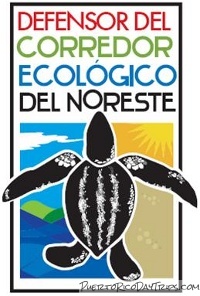 The festival is free to all.

The festival is usually held on the second Saturday in April. But For 2018, it will be held on May 5th, from 10am until 10pm.

We got there right before 10am. It was not crowded at that time, but I am sure it gets more crowded as the day goes on.

Parking is on the street or in the empty lot near the town square (along La Pared beach). Getting to/from that lot will be difficult as the day goes on and it gets more crowded. We parked on the edge of town, a couple blocks away from the town square, and walked in. That made leaving a breeze!