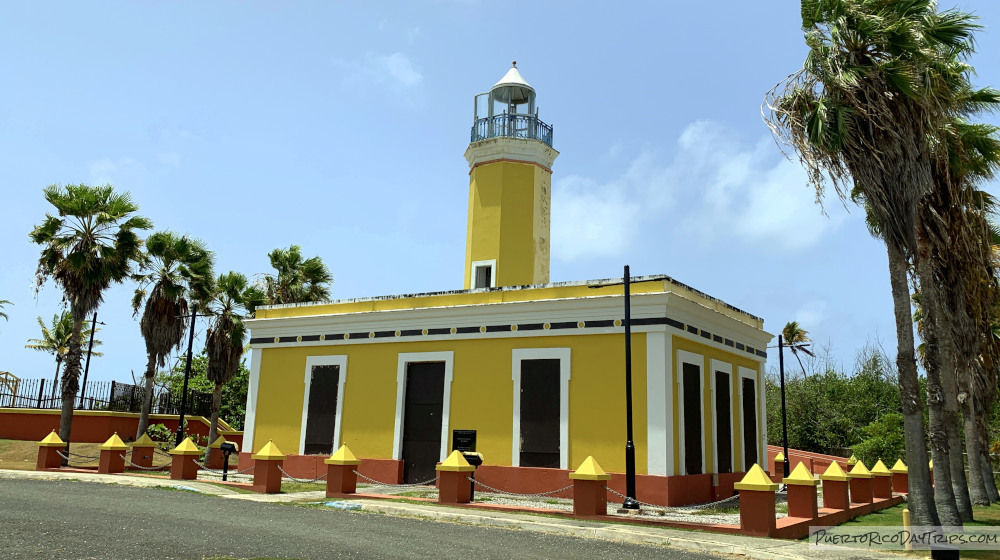 Being an island, there are lighthouses all around the coast of Puerto Rico. Many were built in the late 1800s, and many are still in use today! We were down in Arroyo, so we went to check out the restored Punta de las Figuras Lighthouse (Faro Punta de las Figuras). It is not in use nor open to enter, but you can stroll around it and take photos.

The Punta Figuras lighthouse is located on the southeast part of Puerto Rico, in the town of Arroyo. It was originally built, and first put into service, by the Spanish in early 1893. It was built to protect the maritime commerce of the ports of Arroyo and Patillas, and to complete the coastal lights marking the area between the Caja de Muertos lighthouse and Punta Tuna lighthouse in Manaubo. 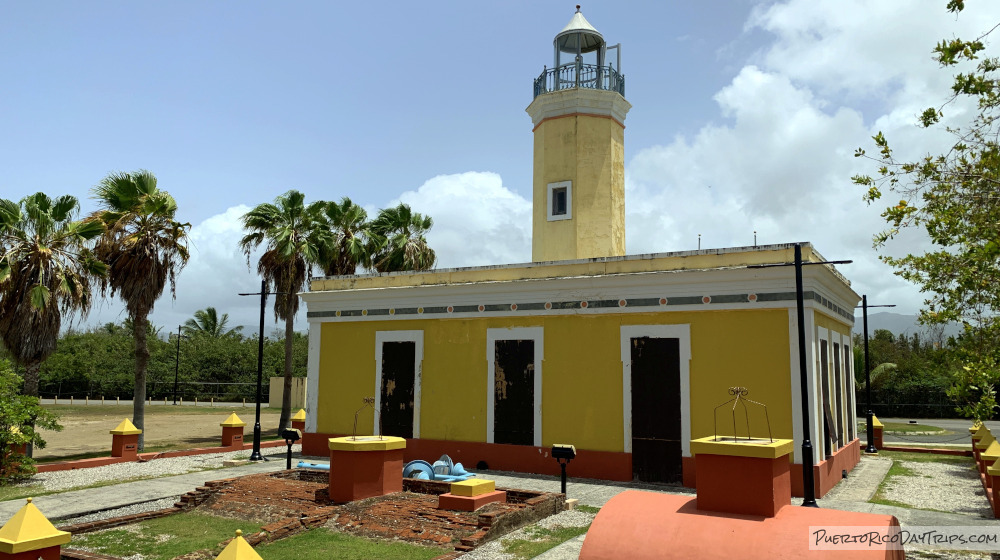 It was a fifth-order light, which was visible for a distance of 12 miles. The building had housing on the main floor and the 8-sided light tower is 44 feet tall. It had an iron spiral staircase up to the light. It is built of stone and brick in the neo-classical style. Water cisterns can be seen in the back of the lighthouse.

It was in operation until 1938, when an automatic light was installed on a pole down by the beach, after which the structure was abandoned. It was reopened for a short while during World War II as a lookout station. It was closed again after the war. It was severely damaged by vandalism in the 1960s.

The lighthouse was entered on the US National Register of Historic Places, and between 2002-2003 the Puerto Rican government (Compañía de Parques Nacionales) rehabilitated it. They made it a visitor location as part of the Centro Vacacional Punta Guilarte. 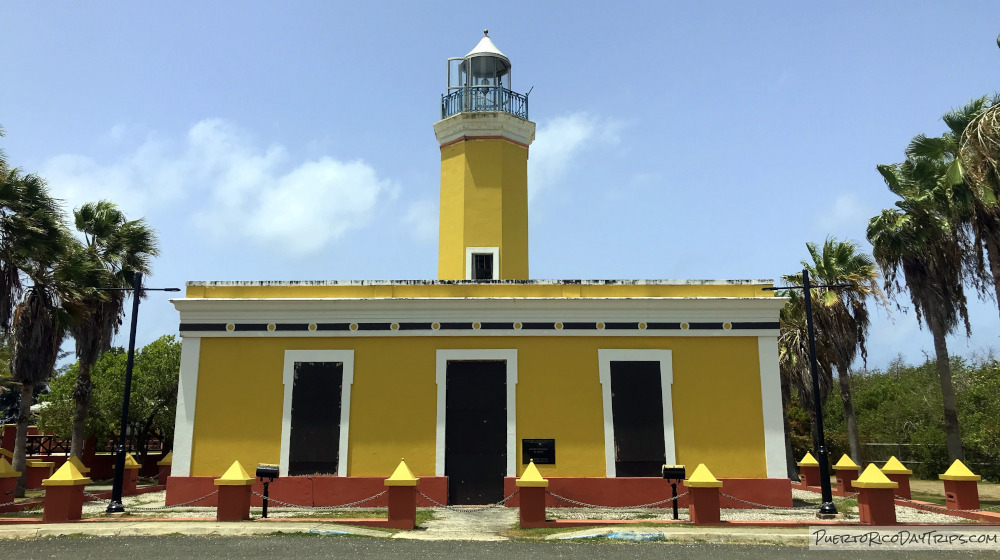 Sadly, in 2017, Hurricane Maria damaged it again. Today it is once again boarded up, and vandals are starting to pull open the boards covering the windows and doors. But it has been repainted recently, so it looks good from the outside. Currently, it is not open to visit, but you can walk around it and take photos.

There is no cost to walk around the lighthouse.

Visiting the lighthouse is a quick stop. Couple this with something else you are doing in the area.

The lighthouse is located a few minutes off of Route 3, on Calle Cangregos in Arroyo. It is just outside of the gate of the Centro Vacacional Punta Guilarte, and down the road from the Arroyo Windmill (Antiguo Molino La Berdedera) ruins.