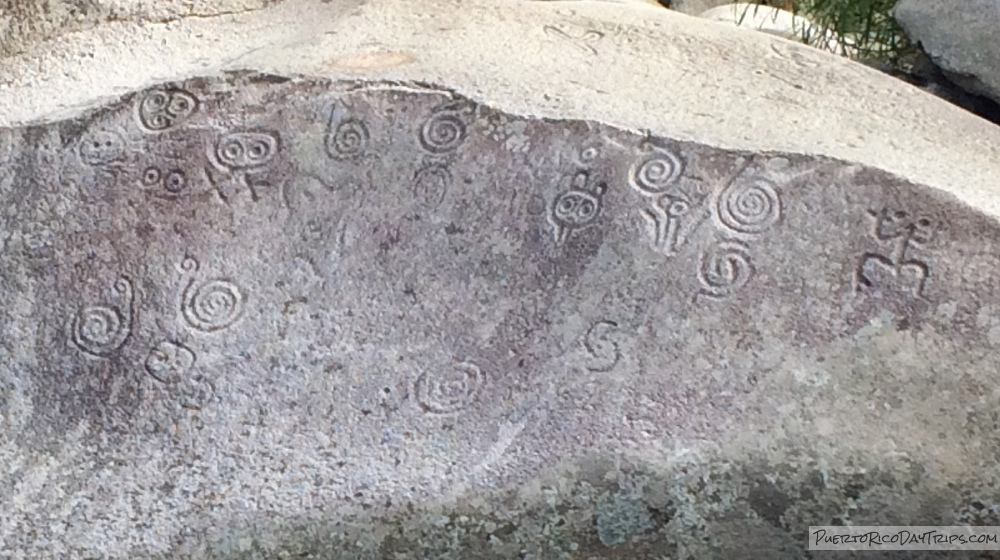 La Ruta Taína is a loose connection of significant sites highlighting the indigenous people of Puerto Rico — the Tainos. Visiting these sites offers travelers the opportunity to embark on a cultural experience to learn about Puerto Rico’s heritage and indigenous traditions.

La Ruta Taína runs north to south, from Arecibo to Ponce, passing through the towns of Utuado, Jayuya and Adjuntas. Along the way, visitors will discover the oldest ceremonial centers in the Caribbean, indigenous petroglyphs, villages, tombs, museums and legends, as well as caves, beaches and natural reserves. 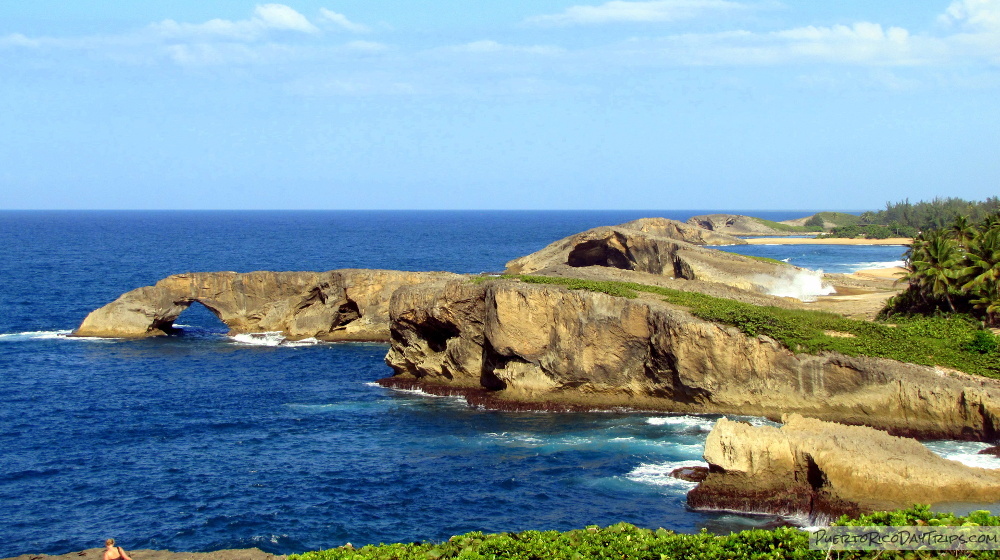 The Taíno people called Borinquen (their name for Puerto Rico) home for about 700 to 1000 years. Unfortunately, in the early 1500s, the Spaniards arrived in Puerto Rico and most of the Taíno males were enslaved, and the women became wives for the soldiers. Many were killed off by disease. There are few if any pure-blood Taíno left on the island, so little remains of the culture.

Even so, the Taínos’ cultural contributions can be seen today in artwork, food, and language. Many of the symbols from the petroglyphs are used in all kinds of art and decorative works. Staples of the Puerto Rican diet include cassava (yuca), batata (sweet potato) and calabaza (pumpkin). The Taíno language contributed some words that have been adopted into both the English and Spanish languages, including barbacoa (barbecue), hamaca (hammock), canoa (canoe), tabaco (tobacco), and huracán (hurricane).

We’ve written about each of these sites in detail in the past, so the following sections provide a quick overview with links to the corresponding detailed articles. 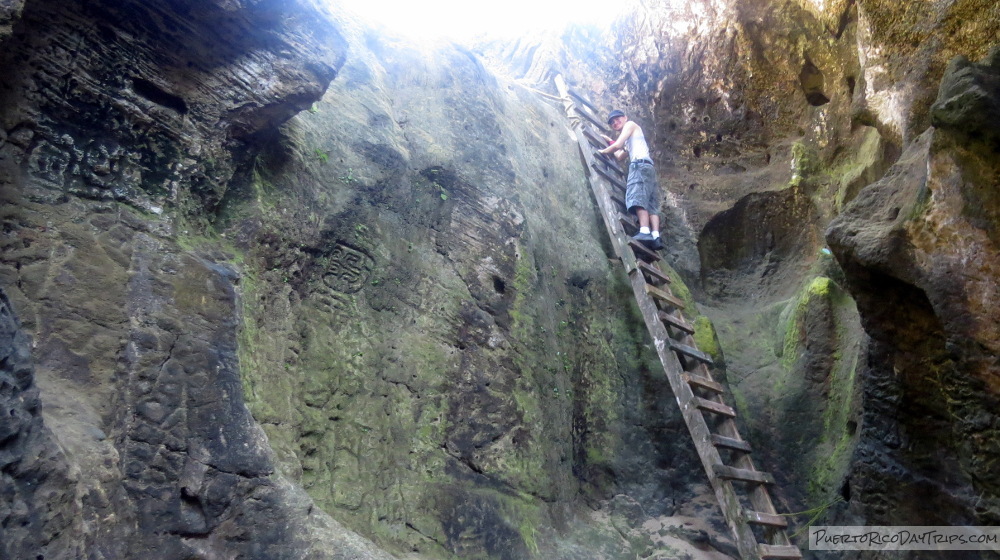 The ocean-side area around Cueva del Indio is probably one of our favorite spots on the island. This sea-level cave is said to contain the largest number of indigenous petroglyphs found along the coastal zone. Legend has it that the Taínos used this cave for tribal meetings, and for communicating with the gods. In order to access the cave and petroglyphs, you will need to climb down a wooden ladder to the cave floor. Wear sturdy shoes, and (after seeing the cave) take a long walk to the east along the rocky outcroppings and the beaches in the area. 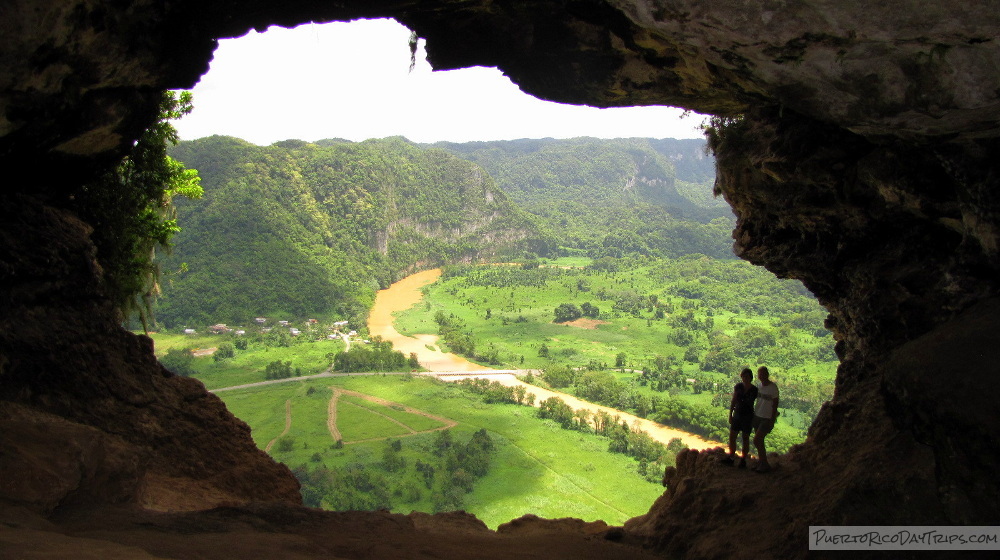 Cueva Ventana (or “window cave”) offers a fantastic view of the valley below from the “window” set high up on the side of a limestone cliff. The cave itself is home to many critters, including birds, bats, and snakes. The 45-minute tour includes a nature walk, and informative discussion about the Taino people. 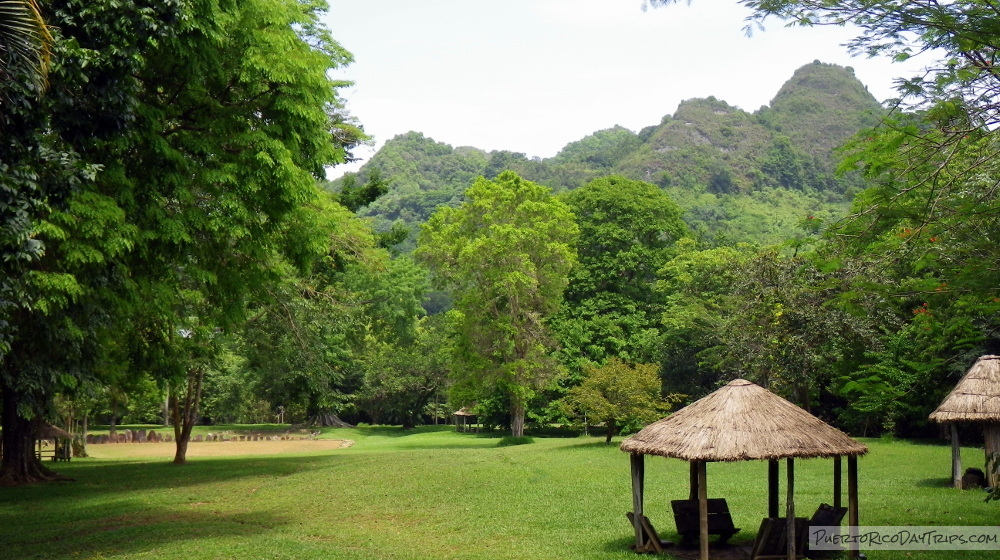 The Caguana Indigenous Ceremonial Park is said to be one of the most important Taíno-culture archaeological sites in the Antilles today. Excavations here have uncovered stone-lined ball courts (bateys), 10 plazas, 21 petroglyphs, pottery, and other Taíno artifacts. 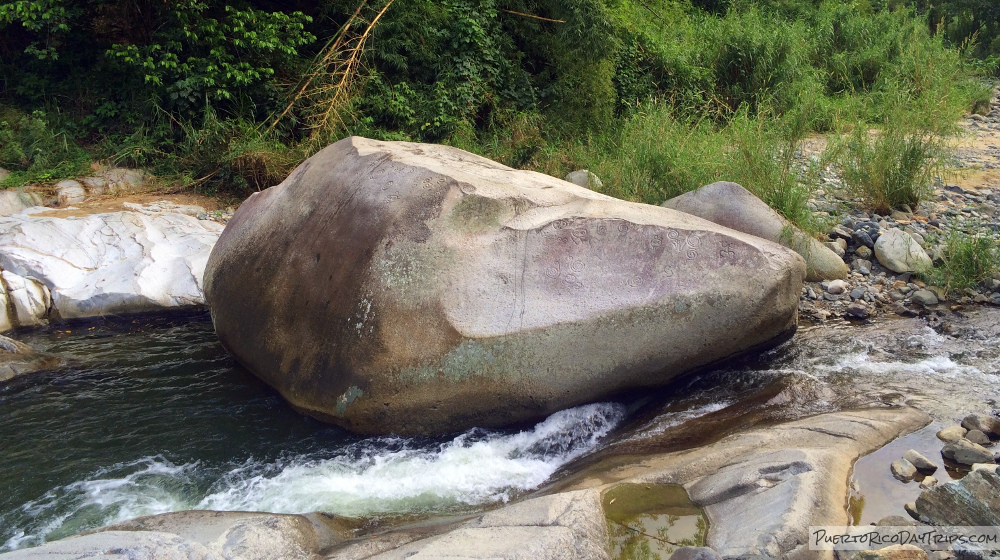 The centerpiece of the Piedra Escrita Recreation Area is the Piedra Escrita de Jayuya, which sits smack in the middle of the Río Saliente. This rock contains a number of interesting petroglyphs, including spirals, faces, and the famous coqui drawing that shows up in so much of the artwork in Puerto Rico. There is a wooden walkway that leads down the the river’s edge, where you can get a view of the petroglyphs. If you don’t mind getting wet, you can get into the river and get a close-up view of the petroglyphs. Just be careful! 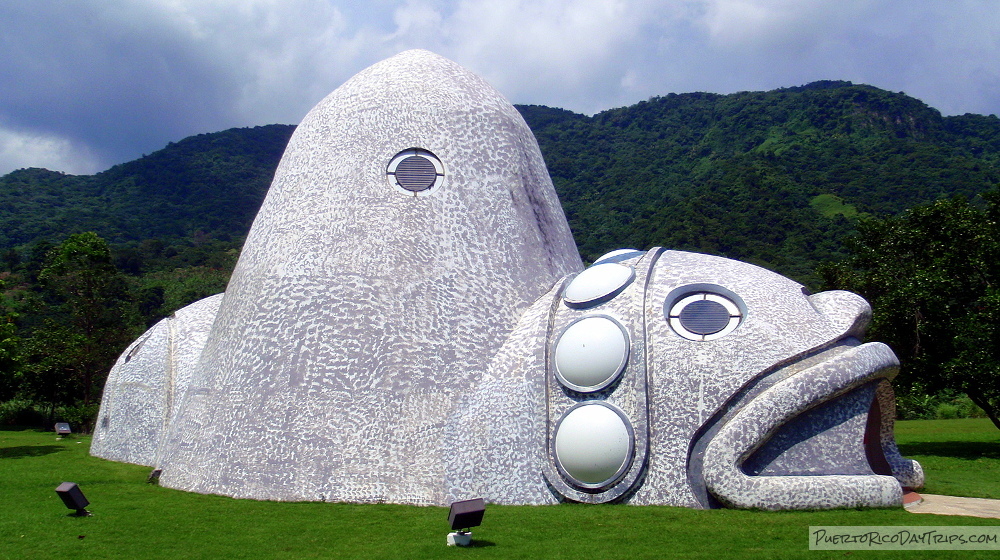 The Cemí Museum is a cemí-shaped building that houses a number of Taíno artifacts. A visit to this museum is a quick one, but there are a number of other things to see in the area, so there will be other stuff to do after you see this museum. 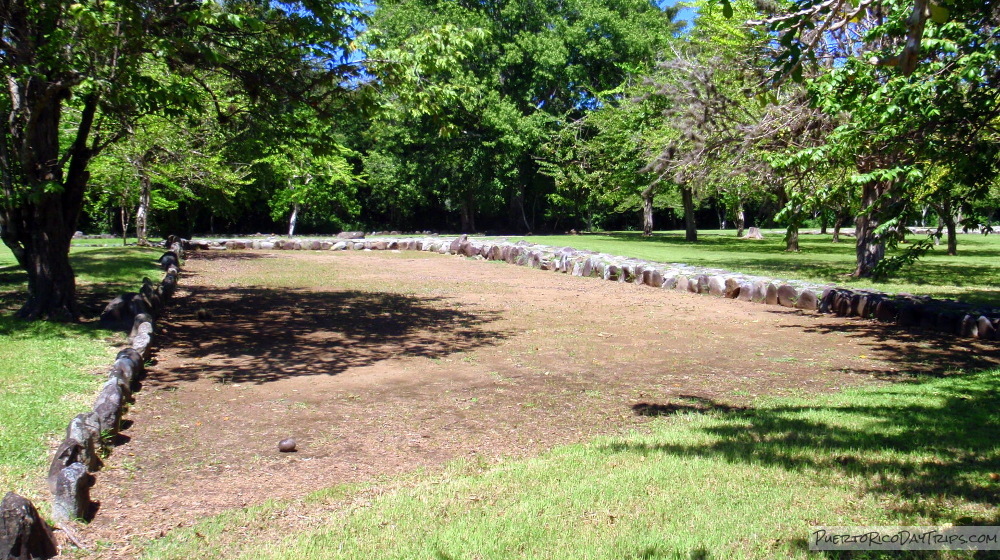 The Tibes Indian Ceremonial Center is the one of the most important archaeological sites in the Caribbean. The center offers some really nice information and examples of the Igneri, pre-Taíno, and Taíno cultures of ancient Puerto Rico. This site was unknown until a flood in 1975 washed away the topsoil and exposed 2 ceremonial plazas and 7 ball fields. Archaeological excavations have uncovered burial sites, petroglyphs, and other artifacts.

Many of these sites require walking in open areas. So wear sturdy shoes, a hat, sunscreen, and make sure everyone has water to drink.